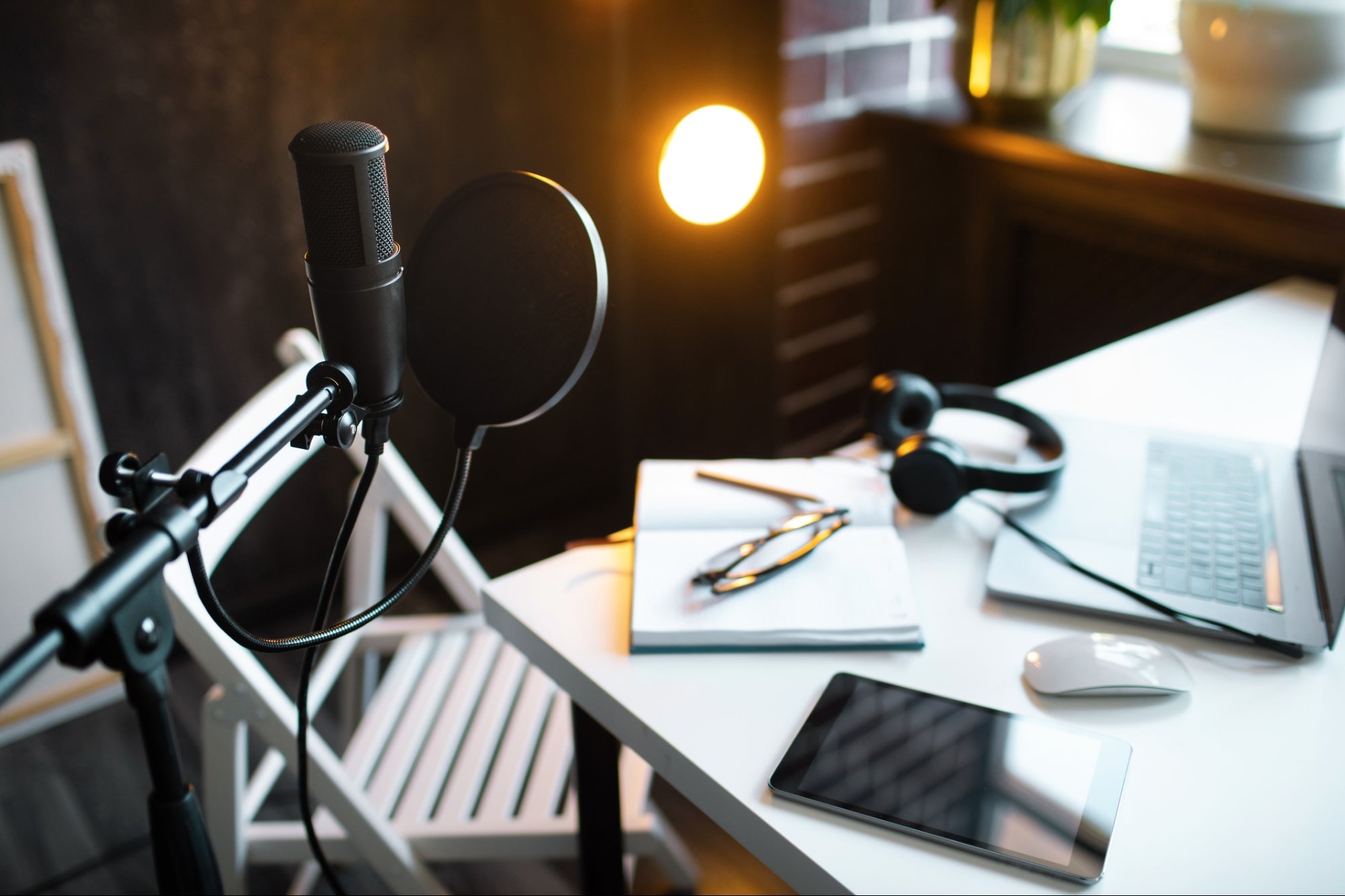 I once hosted a podcast called Pessimists Archive. It gained a large and loyal listenership and got lots of media coverage. That success helped me ignore a problem I knew about but just wished would just go away:

The show’s name was turning people off.

I first heard about it from fans. They’d share the show with friends, who would refuse to listen. “It sounds like a bummer,” the friends would say. This was bad, because the show is not a bummer! It’s a fun, optimistic show about how naysayers throughout history are proven wrong! But what could I do? The name was the name.

I am the editor in chief of Entrepreneur, and Ialways tell people that change is opportunity. But when it came time for me to change, I was afraid. I pushed it off. But recently, for reasons I’ll explain below, the problem became impossible to ignore. I accepted reality: I had to push past my fear and change.

Today, the show is called Build For Tomorrow. I learned a lot in the rebranding process, which will be helpful for anyone thinking about changing their branding — whether it’s for a podcast or something else.

Here are my lessons.

I could have avoided this problem. Four years, ago, when I launched this podcast, I should have asked myself a question every founder must ask: What happens if this is a success?

It sounds like a silly question. If it’s a success, then… that’ll be great, right!?

Maybe. Or maybe not! My friend Adam Bornstein, cofounder of Pen Name Consulting, advises that founders ask this question early because it puts them in a long-term mindset. When we choose a name for something, we often think about immediacy. We want a name that reflects what we are now, and what we have to offer now. But that’s too short-sighted. We need a name that doesn’t limit us. The name must be flexible enough to evolve, and to reach new audiences.

This was my problem. I created my podcast alongside a popular Twitter feed called Pessimists Archive, and so I knew the Twitter audience would understand the name. But I never stopped to think, What happens when this show grows beyond that audience? Will they understand the name, too?

The answer was no. I hadn’t fully thought about what happens if I’m successful.

I thought I knew my audience. I heard from them mostly on social media, which gave me a sense of who they are and what they like. But then I hired my friend’s consulting company to help me grow… and I realized I knew nothing.

His team did a deep dive into my audience. We asked them to fill out a survey, and then offered $50 Amazon gift cards for anyone willing to hop on the phone and answer questions. Brilliant interviewer Richelle DeVoe asked them what they liked about the show, but also what they didn’t like. Why didn’t they listen more? Why didn’t they recommend more?

Two critical insights came out of this.

First: They liked the show because it helped them feel more resilient about the future. This stunned me. I always thought of my podcast as a history show, but these people were saying it was relevant to their own lives!

Second: The name was a problem for many people. When they first encountered the show, they thought it would make them feel bad. That’s the opposite of the reason they said they want to listen!

This feedback was extremely helpful. Now I understood the opportunity ahead. My audience just told me what my value is to them: It’s to help them feel good about the future! I just needed a name that promised it.

Once I decided to change the name, I slammed the brakes on everything else. I canceled the advertising I’d lined up for the show. I hit pause on working with a new PR firm. I shelved plans for a paid push to drive newsletter subscriptions. I kept making episodes — the show still had fans to serve! — but I stopped saying the name Pessimists Archive in them.

Why? Because it was time to focus on tomorrow — no matter how long it took.

This took months. With my consultants’ help, I considered dozens of new names. We considered not just how a name sounds but also whether other shows had similar or exact names, and whether website URLs were available. I shared name options with a range of people I trust — some in the podcast industry, some outside — to get their honest responses.

When we settled on the name Build For Tomorrow, we plotted a course. We laid out a full transition plan, thinking through every possible way to tell people about the new name, and building a to-do list on Monday.com. (Yes, writing this article for Entrepreneur was on the list!) Then we picked a launch date and planned everything out backward from there.

The final result was a smooth relaunch. It began by changing the show’s artwork and name (which is simple to do in any podcast hosting platform), and then releasing a five-minute “episode” that was really just me talking straight to the listener, explaining why I made the change and thanking them for joining me on this journey. And because I now had a show name people could share with their friends, I invited them to do just that — and to include me, if they’d like! I said to email or DM me with whom to reach out to, and that I’d take care of it. Listeners are taking me up on the offer.

I also changed my newsletter. I’d been writing a personal newsletter called The Feifer Five, but I now realized it was also not set up for long-term success. Sure, the name was cutesy and alliterative — but it was also a barrier to entry. The Feifer Five was a name with no promises. You had no idea what you’d get, except that it was five of something from a guy named Feifer. People had to take a real leap of faith to sign up for that thing! Now I had an opportunity to do something better — to create a coherent name, with a coherent promise, and bring my efforts together. Now my newsletter is also called Build For Tomorrow.

After the relaunch, I turned everything back on — the advertising, the PR, the newsletter campaign. Did I lose some momentum in the past few months by stopping all that? Yes, I did. But the way I see it, I’m now thinking long-term. The question must always be: What if this is a success?

With this change, I plan on really finding out.

How a Series of Elon Musk Tweets Helped Lead Investors to Dogecoin, a Meme-Inspired Cryptocurrency Worth 4 Cents

Creativity vs. Hard Work: Which Matters More for Startup Success?