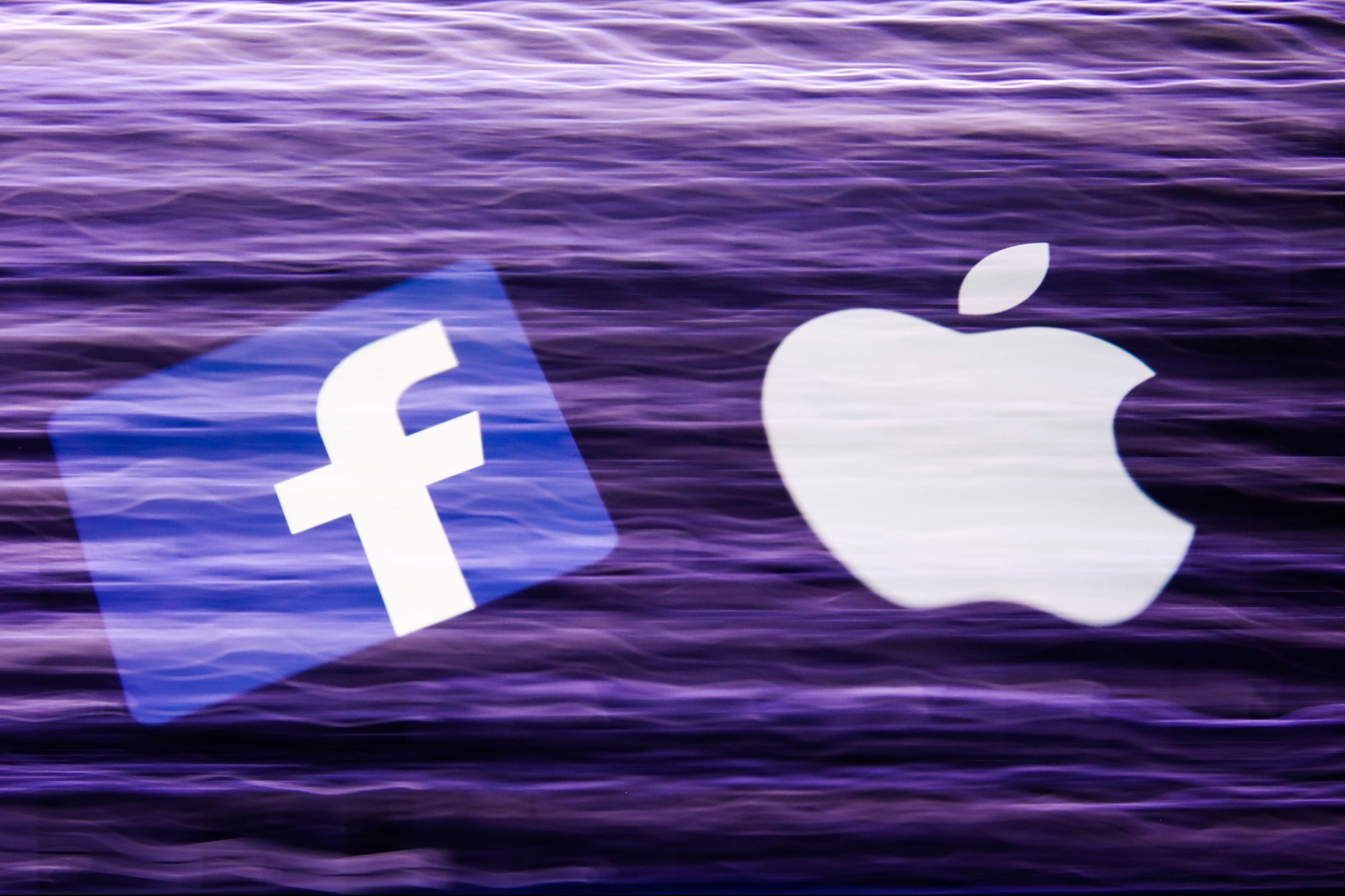 Under founder Mark Zuckerberg, FB, the leading social media platform with a market cap of over $735 billion, has made money hand over fist on advertising. The platform has billions of users worldwide.

AAPL, the late Steve Job’s company, is run by his protégé, Tim Cook. While Mr. Cook does not have the founders’ rewards that Mr. Zuckerberg reaped, he is still a billionaire. Moreover, Tim Cook runs the world’s leading company with a market cap of over $2.2 trillion, three times FB’s size.

Last week, both companies posted fantastic Q4 2020 earnings reports. Aside from the profits that continue to pour into the technology companies, the two leaders are at war. In an environment where governments are concerned over the power and data of the technology leaders, Cook versus Zuckerberg is setting up to be a steel cage death match of the tech titans.

Incredible results for AAPL and FB

The fourth quarter of 2020 was great for Apple and Facebook. The two companies reported blowout earnings.

Apple collected more than $100 billion in revenue for the first time. Sales were up 21% year-over-year. Moreover, sales for every Apple product category posted a double-digit percentage gain. EPS came in at $1.68 versus the forecast of $1.41. Tim Cook, Apple’s CEO, said despite the record quarter, the results would have been better had Apple’s stores been open.

The pandemic and lockdowns forced the company to shut many stores. Cook said, “Taking the stores out of the equation, particularly for iPhones and wearables, there’s a drag on sales.” The company released its latest earnings report on January 27 after the market closed at $142.06 per share.

AAPL shares were trading at the $136.76 level at the end of last week, 3.7% below the level before the company released its latest earnings.

Facebook warned that changes in Apple’s iOS 14 and a reversal in pandemic trends could impact its advertising business in 2021. FB’s user base in the US and Canada fell to 195 million daily active users from 196 million the previous quarter. However, earnings came in at $3.88 per share, above the $3.22 forecast, and revenue was $28.07 billion versus the estimates of $26.44 billion.

At the same time, the average revenue per user was $10.14 versus the $9.49 forecast when FB reported earnings on January 27 after the market closed. The shares closed at $272.14 before the earnings release.

FB’s record high came in August 2020 at $304.67 and APPL’s at $145.09 in January 2021. FB and AAPL’s shares were down 12% and 5.7%, respectively, since their highs. The price action in the aftermath of incredible earnings could be a warning for the technology sector and the overall stock market. It could also reflect the animosity between the two companies.

During the January 27 conference call following earnings, FB’s CEO and founder Mark Zuckerberg said that Apple’s upcoming changes to its ad tracking technology is in its self-interest and will not help people.

He said, “Apple may say that they’re doing this to help people, but the moves clearly track their competitive interests. And I think that this dynamic is important for people to understand because we and others are going to be up against this for the foreseeable future.” Zuckerberg took specific issue with Apple’s App Store practices saying, “I do want to highlight that we increasingly see Apple as one of our biggest competitors. IMessage is a key weapon of their ecosystem. It comes preinstalled on every iPhone and they prefaced it with private APIs and permissions which is why IMessage is the most used messaging service in the US.” API is an application programming interface that allows developers to integrate their apps with popular software patterns.

While it is not clear if FB will file a lawsuit against AAPL, the statement was a shot across the bow at Tim Cook and the company with the world’s leading market cap.

In December 2020, Tim Cook tweeted that people should have a choice over the data that companies collect about them and how it is used. He pointed out that FB can still track people, but changes will require permission.

Meanwhile, lawyers for Facebook could be preparing an antitrust suit against Apple.

Cook went on to say, “A social dilemma cannot be allowed to become a social catastrophe,” referring to a NFLX documentary about technology’s and social media’s dangerous impact on society. The documentary showed how Facebook’s algorithms manipulate nearby three billion users to look at ads that generate most of FB’s revenue.

Tim Cook and Apple have championed privacy rights, a direct challenge to Zuckerberg and Facebook that makes money collecting its user’s personal data.

Mr. Cook recently said, “We should not look away from the bigger picture, and a moment of rampant disinformation and conspiracy theory is juiced by algorithms. We can no longer turn a blind eye to a theory of technology that says all engagement is good engagement.” Cook and Apple believe privacy rights trump profits. Zuckerberg and FB contend that their position is self-interest.

The regulators have a clear favorite

The fundamental disagreement between Apple and Facebook will likely wind up in court. However, it comes as regulators and legislators have more than a few concerns over the sheer size of technology companies, their control of data, and anti-competitive practices. While Zuckerberg appears to be seizing on what it believes is a monopolistic practice at AAPL, Cook fired back using the privacy and data collection issue as a retort.

The current political winds are blowing towards support of Mr. Cook and Apple. Social media platforms like FB, Twitter, Reddit, and others have been in the crosshairs of US and European regulators and politicians, and that trend is likely to continue. Apple may be the world’s largest company by market cap, but Facebook’s social media presence and data is an issue where bipartisan support for regulation is growing.

After the recent events, the powers in Washington DC and Europe are more likely to address social media regulation than the sheer size of AAPL’s balance sheet. Moreover, Tim Cook has advocated for privacy in data collection. His position is likely to be in lockstep with those who will create legislation to redefine the rules for technology companies.

Zuck may have made a tragic mistake

Never pick a fight unless you are sure that you will come out on the winning side. After appearing before Congressional and Senate committees and feeling the legislators’ heat over the past years, Mr. Zuckerberg’s challenge of Apple could turn out to be a tragic mistake.

Many more regulations are on the horizon for the tech sector. In the latest report, FB said that reversals in pandemic trends could impact earnings in 2021. That statement could ring prescient for the company. Once the COVID-19 pandemic is off the table in Washington DC, the technology sector is likely to be one of the topics debated in Congress. Mark Zuckerberg has been the poster boy for tech-sector issues in the US and Europe. His latest challenge against Apple in the current environment may only serve to raise his profile in a negative light.

When it comes to stock performance, AAPL is the company that I believe will continue to flourish, while FB could suffer under a new regulatory environment.

7 Best ETFs for the NEXT Bull Market

About the Author: Andrew Hecht

Andy spent nearly 35 years on Wall Street and is a sought-after commodity and futures trader, an options expert and analyst. In addition to working with StockNews, he is a top-ranked author on Seeking Alpha. Learn more about Andy’s background, along with links to his most recent articles. More…