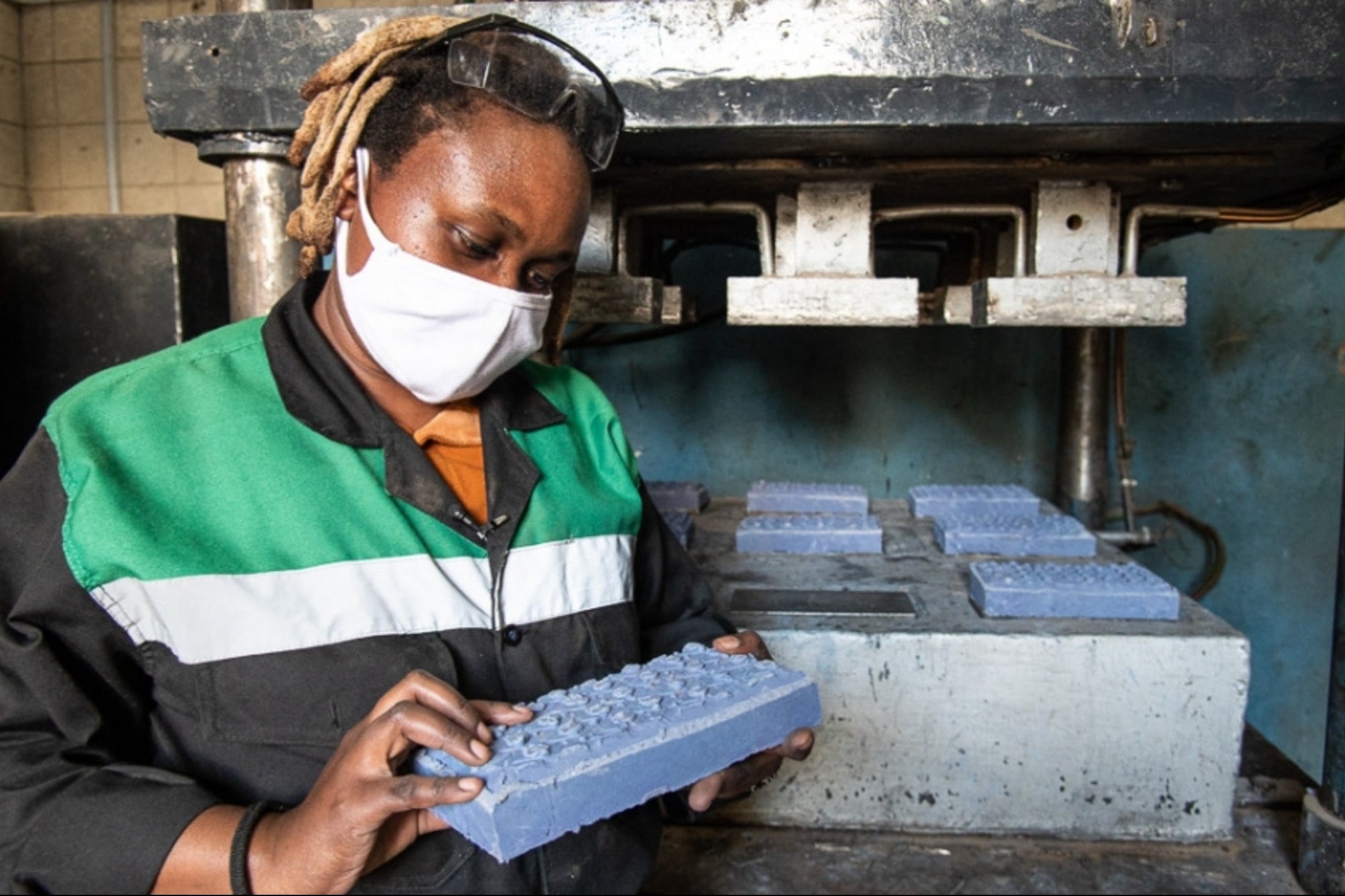 Nzambi Matee is the founder of Gjenge Makers, a company that uses high and low density polyethylene and polypropylene as raw materials in order to create building materials.

What are we doing to continue helping the planet? Nzambi Matee , an engineer originally from Kenya, developed a process to turn hard-to-recycle plastics into super-strong pavers.

Matee, 29, is the founder of Gjenge Makers , a company that uses high- and low-density polyethylene and polypropylene as raw materials to create construction materials.

“Gjenge Makers, is a social company whose objective is to tackle waste pollution, collecting recyclable materials from homes and institutions, as well as recycling them by making pavements and building blocks from recycled plastic bottles,” reads the LinkedIn description by Nzambi Matee.

According toReuters reports, the entrepreneur assures that her product is seven times stronger than concrete and since the founding of her company in 2017 they have recycled 20 tons of plastic.

Gjenge Makers’ production ranges from 500 to 1,500 bricks per day and they recycle around 500 kilograms of plastic waste daily, according to theUN Environment Program .

How do they get the cobblestones?

Plastic waste is mixed with sand, heated, and then compressed into bricks, which are sold at different prices, depending on thickness and color.

Young Champions of the Earth

In the War Between Apple and Facebook, I Know Who I'm Betting On