Jeff Bezos is one of the richest men on the planet. He founded Amazon when the internet was just born, with the vision (then apparently absurd) of creating the world’s largest “everything store”. To achieve this, he had to create a specific site, a unique algorithm, and a distribution system that is unmatched on the entire planet. Any of these steps could be, in itself, a sustainable business plan; but for him they were just parts of a much larger process, which was his vision, which has remained almost intact since his birth.

In his recent book Invent & Wonder, The Compiled Writings of Jeff Bezos , Walter Isaacson presents and shares the texts of the letters Jeff has written to his shareholders since 1999, when they were still a small, thriving company with a vision. long-term growth and a fully developed four-step system . The book also features a business biography of Bezos and his own personal management tricks.

Over the years, Jeff has had to partner with hundreds or thousands of other entrepreneurs to bring his vision to life and generate growth synergies. When Amazon.com must find strategic partners, its founder strives to personally know the founders and executives of the companies to be acquired or connected and, knowing them, asks, first of all, an important question: Is this person a mercenary or a missionary?

If you came face to face with Bezos , what do you think he would see in you? And in front of your own mirror, in the job you are in today, or in the company that you have undertaken … are you a mercenary, or a missionary?

From what to why

There is a reason why companies have a four hanging in the lobby that says: Mission, Vision, Values… This reason is that companies without vision simply lack a true purpose to sustain their growth and strategy.

Unfortunately, many businesses miss the opportunity to consider a real Vision, and are left with a cliché phrase and a cheap frame. “Be the best in the region, produce this or that thing, give this or that service …”. They are vain, empty words that do little to achieve a true push.

The problem with many of the “visions” is that they are self-referential, says Simon Sinek in his book The Infinite Game . The vision that drives companies that go far is not a vision of themselves, but of the world they want to create. In another of his bestsellers, ( Start with WHY ), Sinek himself defines what he considers “the golden circle” of organizations. It starts with the WHY, continues with the HOW and ends with the WHAT. 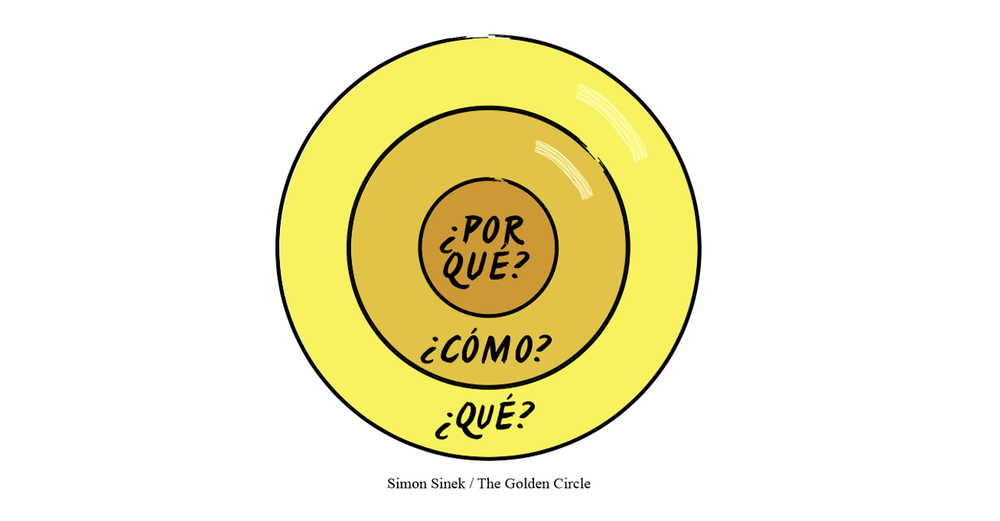 A principle of resilience

A missionary has a “why”, a true vision, a purpose that constantly drives him to seek, solve and give much more. It also allows you to take risks that others simply would never take.

The current richest man in the world, Elon Musk, has been on the brink of bankruptcy more times than any of us. Since he was young, he dreamed of opening space to humanity, and set as his goal a goal that – even today – seems very distant, if not impossible: to take humanity to Mars. To do this, first, he needed money. After selling his first business, he found a need in the virtual world and sold everything he had to start a new business: PayPal. As you know, PayPal became a gigantic company and made Musk a millionaire; but that was not his mission, so he sold his shares in PayPal and divided the money into two parts. With one, he founded Tesla and with the other, Space X. In the first, they set about developing ultra-efficient batteries for different applications, including electric cars. They needed money, so they bet everything on one card, one car, the best ever, and Musk sold everything to launch that one car. The first was a total failure. Musk once again put in all his money to anchor the second car… which was a success. With SpaceX, the same: two or three times the entire future of the company has been on the line with a single launch, a single rocket … and Musk has played his skin again and again . He honestly can’t care less about being “the richest.” It is all part of your great mission. Are you crazy? Maybe. It is the crazy people like that who change the world.

Only a real mission will help you get up every time you fall – and believe me, you will fall more than once – and will drive you to give more and better, to prepare, to study, to seek creative solutions, to believe in the possibility of the impossible. . Once a great saint said: Dream … and you will fall short .

What are you going to hang in the lobby of your own life?

So tell me – or tell yourself honestly – are you a mercenary or a missionary? If your life were a company, what would you hang in the lobby of your own life? Are you able to write on paper what you would like to see in the world before you die? It can be the first step of a new mission and a new adventure.

The world does not require more mercenaries: people who are only there for the profit and whose life is emptier than a cracked vase. Nor do we require deluded dreamers who believe that things happen just by wanting them.

We need that unique breed of individuals who dare to dream and then take the shovel and hammer to build it: who get their hands dirty, their feet wear out, and they risk their lives for a great and necessary ideal. If making money is part of the process, learn how to do it and do it well. But listen: no one climbs Mount Everest to collect the stones on the road.

5 Inventing and Licensing Trends That Will Dominate In 2021