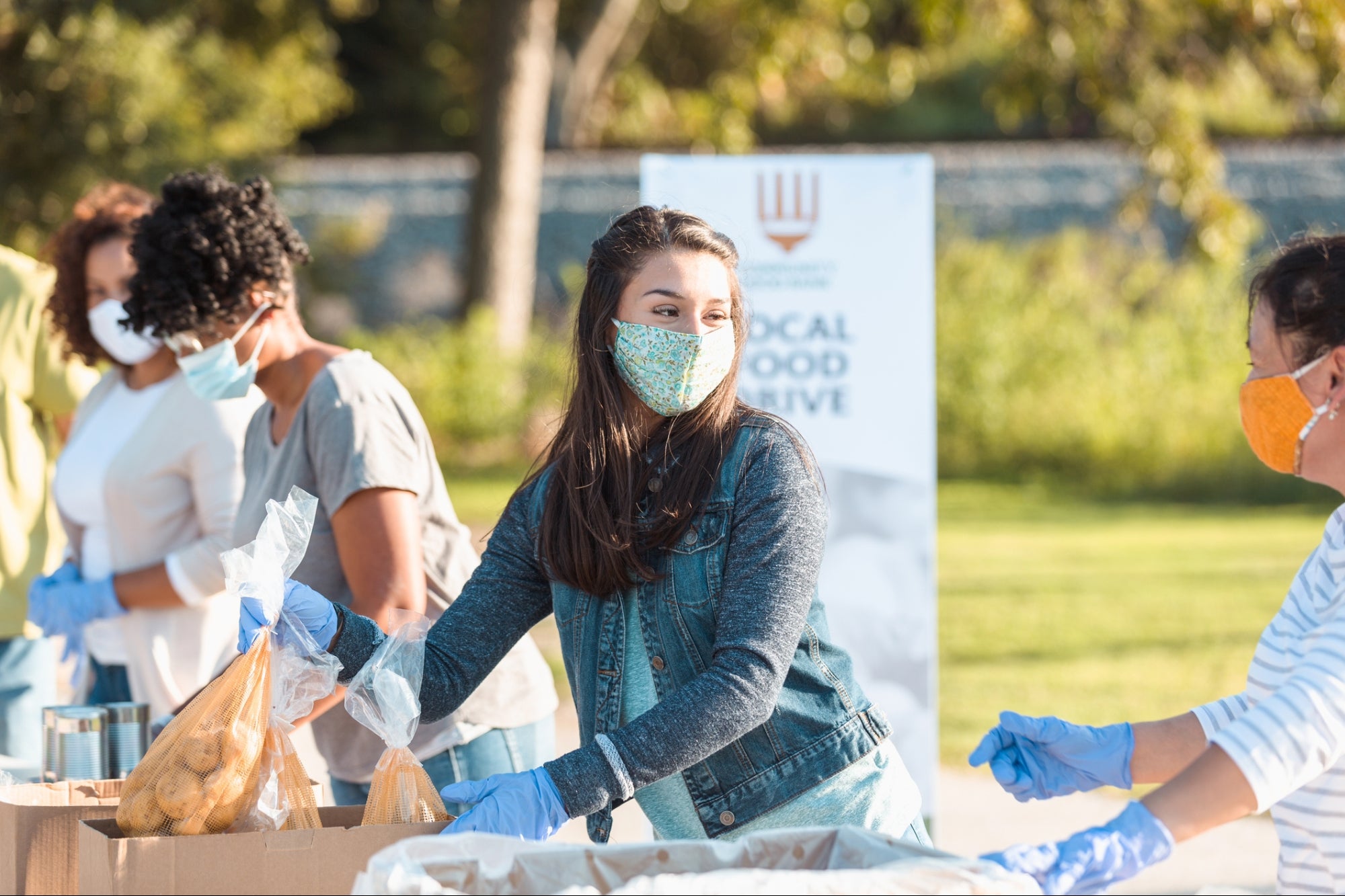 It’s fair to say corporate responsibility, pro-bono work and giving to those in need are essential pursuits in today’s world. It’s not just the right thing to do; today’s incoming employees, and particularly millennials, view charitable giving and support as a given and even evaluate prospective employers based on the amount of support they give and to whom.

Sources like Marc Benioff, Chairman and CEO of Salesforce.com, have famously championed the Pledge 1% campaign to challenge businesses to commit one percent of equity, time, product and profit to charitable causes, and if possible, to give much more. But how have the events of 2020 affected these realities and trends? So far, the response has been favorable. According to Philanthropy News Digest, 7 in 10 U.S. corporate funders increased giving during Covid-19, while 43.7 percent awarded more grants, a report from the Charities Aid Foundation of America (CAF America) finds.

But if 2021 brings a Covid-19 recession, what will happen? Historically, we can see the economic decline in 2008 and 2009 produced an approximate 10 percent reduction in giving. This could be especially problematic for less visible or socially popular programs like those that assist the disabled, who are also some of the hardest hit by 2020’s events.

To find out, I interviewed Brett Lane, CEO of SEO Outsourcing, Inc., who’s worked in the digital marketing industry for the past 17 years, through multiple market conditions. Lane advocates for making giving a foundational goal of any company. Beyond Benioff’s recommendation, he suggests a goal of giving five percent or more, depending on your operating costs.

Related: 10 Wealthy Entrepreneurs Who Give the Most to Charity

“If your revenue is down 40 percent, giving at your prior levels may not be a good thing,” he suggests. “But I’ve discovered that when I’m giving a good amount of time and effort to charities, particularly the ones that touch issues such as sex trafficking, support for orphanages in the Dominion Republic… pushing out all of the positive energy you can will come back to you in success for your business as well.”

Douglas Jackson, president, and CEO of Project C.U.R.E., which delivers semi truckloads of medical supplies to regions in need believes companies should continue to give following the 2020 season for several reasons: “2020 has been an unprecedented circumstance, and the adage, ‘A little goes a long way,’ is never more true than today,” Jackson says. “People really need help, and the impact of a CSR (Corporate Social Responsibility) donation is an exponentially more significant event.”

“Additionally,” Jackson adds, “It’s easy to give when times are good. Now is the time to become a leader in caring for others precisely because it’s not the easy thing, but it’s the right thing. That is a message that matters to consumers.”

Jackson also notes the CARES Act of 2020 increased the amount of deduction available for charitable giving, resulting in a scenario where if your company is considering a gift, 2020 and 2021 may bring some additional benefits for generosity.

U.S. entrepreneurs want to give

Robert Nickell, the CEO and Founder of virtual staffing company Rocket Station notes “Entrepreneurs who’ve had a down year—and in 2020, there are a lot of them—aren’t obligated to give anything, but many still are despite facing financial challenges this year.”

“I believe that speaks volumes about the business community,” he says. “One of the highest objectives of business should be to have a positive impact on our communities.”

“The pandemic gave us an opportunity to increase our giving to support those who’ve been impacted most, Nickell adds, “But I also believe corporate giving should be done with absolute authenticity.”

Jeremy Knauff, Spartan Media, notes that when it comes to how we should handle corporate giving during the holidays most entrepreneurs seem to fall into one of two groups.

“The first group is cautious and holding on to their cash reserves a bit more tightly because of the financial uncertainty we’ve all faced as a result of the Covid-19 lockdowns,” he says. “The other group, knowing exactly how hard times are for some, are choosing to give more than usual because they know how badly some people need the extra help right now.”

Neither position is inherently right or wrong, Knauff maintains. It’s all dependent on individual circumstances. “The way I look at it, a business owner’s first priority is to ensure that they remain in business,” Knauff says, “Otherwise, they and their employees will be the ones in need of support. I believe entrepreneurs should give, and during tough times, they should give more if they can do so without endangering their business.”

Jed Morley, managing partner of Platinum Payments is one of the companies that’s formalized giving into an actual nonprofit, PlatGives, that operates alongside his for-profit organization, espousing a campaign of #paymentwithpurpose.

“I’ve seen people and businesses become more successful by lifting others,” Morley says. “Taking the efforts of a group and making it simple to make donations without much thought or effort has created hundreds of thousands of dollars in life-saving and changing resources.”

U.S. entrepreneurs seem to agree that giving is vital in every season and that those who give tend to operate with better cultures. A stronger level of passion, which equates to stronger revenue and higher business longevity as well. Research appears to underscore this position. Analysis by Grenzebach, Glier and Associates shows that outside of the notable dip during the 2008-2009 recession, charitable giving has risen steadily and sharply, and seemingly undeterred by the rise and fall of the S&P 500 index or of the Dow Jones Industrial Average.

Report author John Glier notes that data suggests that rising equity markets will often inspire philanthropic growth rates much more reliably than declining markets will slow them down. “Perhaps it’s fair to say that bear markets are not to be feared so much as bull markets are to be cheered when it comes to our philanthropic growth aspirations,” he observes, concluding, “It is, after all, the appreciated assets in those markets that often fund the larger gifts and the steady growth we’ve seen in U.S. philanthropy.”

Giving during a downturn can help your own business heal

Lane agrees and has no plans to slow down the giving he and his company are passionate about supporting, such as the Advocates of Love Orphanage in the Dominican Republic. “What touches your heart? What are the things in your life that create a passion to support and give back?”

Lane’s own business, as a 20-person consultancy, suffered a 40 percent decline in revenue during the most critical six-month period of 2020. In part, the company survived due to his strong philosophy of always operating with a 3-to-6 month reserve. But he credits the continued attention to corporate giving with helping his own company to do better as well. “I have much more peace of mind knowing that I’m thinking about much more than myself, and I think that translates to better business as well.”

It’s a philosophy he intends to continue in 2021 and beyond.

Starting in January, the SAT will have new opening hours, get to know them

Your Fax Machine Has Corona