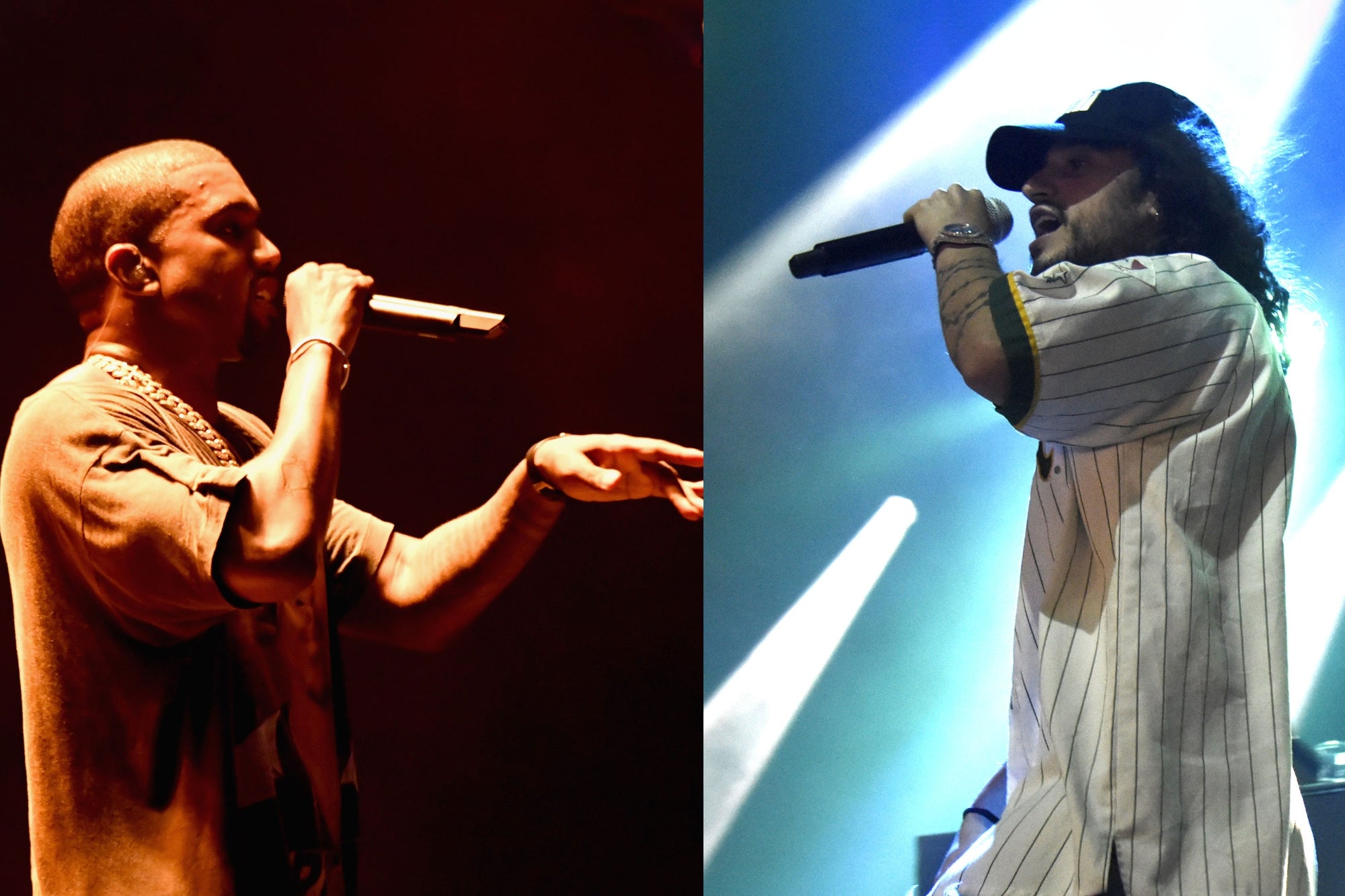 Whether you’ve been seeing the narrative come up more because of the recent Presidential Election or you’re just a die-hard hip-hop fan, controversial rapper/producer/aspiring politican Kanye West’s laments that record companies are taking advantage of artists and consumers have become increasingly buzzy. And regardless of your feelings about West, his argument that there can be two different pathways to success in music also applies to building the next big startup.

For as long as the music industry has existed, record companies have made bank on talent, oftentimes without the actual talent making as much money as they perceived they were earning. Yet, in today’s generation, there are no gatekeepers to “making it,” similar to how startup founders no longer need a big VC to “make it” themselves. So how have artists become enabled to build their own businesses?

Russ Vitale, whose stage name is simply Russ, is one of hip-hop’s most entrepreneurial contemporary voices. He’s built a career for himself through grit, guerilla marketing, on-the-ground thinking and without VC funds, eventually leading to a deal with Columbia Records. By no means has he reached Kanye’s level of success, but his rise is far from ordinary.

Meanwhile, West was just as gritty himself, starting his career “making five beats a day for three summers” and expertly positioning himself as the new sound of hip-hop. He’d go on to produce some of the hottest songs on Jay-Z’s landmark 2001 album Blueprint, becoming his go-to producer in the early aughts. West had to build a path where there previously wasn’t one. Over the next two decades, major-label cash advances, huge marketing campaigns, big-budget music videos and the like were all part of making him the ubiquitous star he is today, but they also came with some hefty hits to his earnings over the years. At one point, Kanye even found himself $50 million-plus in debt.

Similarly, countless startup founders this century have had money thrown at them from every angle, right up until the tail end of the past decade, when investors started feeling jaded with the results. From these two narratives, we can extract various lessons that can help us be better founders and upstarters than we were yesterday.

Owning your “masters” can save you some serious pain

For startups founders, the equivalent of a musician owning their master recordings would mean not giving away large chunks of equity, especially chunks that are bundled into contingencies and terms that may not work out as favorable for you.

As New Venture Finance Professor Michael O’Donnell, principal of MOD Ventures, once said, “I can own 5% of a company and still be in control of everything that it does.”

Not all backing is good backing

Russ has been able to approach things from a much more old-school tack. He focused on growing his TuneCore revenues month by month, and then at some point, he started seeing $100,000 monthly checks coming in. This allowed him to create freely, without hindrances and setbacks caused by some overarching label that flips the bill and, therefore, calls the shots. It empowered him to gain all the profits on what he makes and not be a slave to touring and other demands, allowing for endeavors like releasing a best-selling book. Whereas artists such as Lupe Fiasco have, at times, felt like their label was either holding them back from producing more material or trying to get them to foot the bill for other artists.

Related: How You Can Become the Kanye West of Your Industry

It’s all a give and take

A mentor of mine once told me, “It’s better to own 10% of a billion-dollar company than 100% of a company not worth anything.” But the truth is, most people can’t make it just doing it all by themselves. West may have lost tons of money along the way, but who says he would’ve seen that kind of money without the record labels in the first place?

West also has one of the most durable personal brands in the world today, allowing him to profit handsomely off his Yeezy apparel and related deals with Nike, Adidas and The Gap. Most artists arguably would not have known what to do, who to work with and how to make it in the first place without the record deals they signed.

Although it is true that many of the contestants who leave Shark Tank without any offers end up getting funded anyway, how many of them quit, have less of a fire or just don’t reach their potential after being on that show?

Just as only 300 people get to play in the NBA every year, only so many musical artists are going to be signed by a major label. And if you’re amongst the majority that isn’t, and that was your definition of success, then you’ve already decided where things are headed. However, if you approach things with Russ’s entrepreneurial mindset of Russ, building profits every day from the ground up, you can find yourself with a highly lucrative business that never got venture backing and never needed to. As Gary Vee advises, you can be the 10-millionth-best entrepreneur and still be amongst the 1% because of your career choice. As an entrepreneur, you don’t need gatekeepers. You can build your dream without any rich benefactor ever approving of it along the way.

Instead of waiting for a deal to come along, create your own deals and push full-steam ahead without the regret of waiting around. Meanwhile, if you happen to get funding along the way, don’t forget: You just might become a presidential candidate one day yourself.