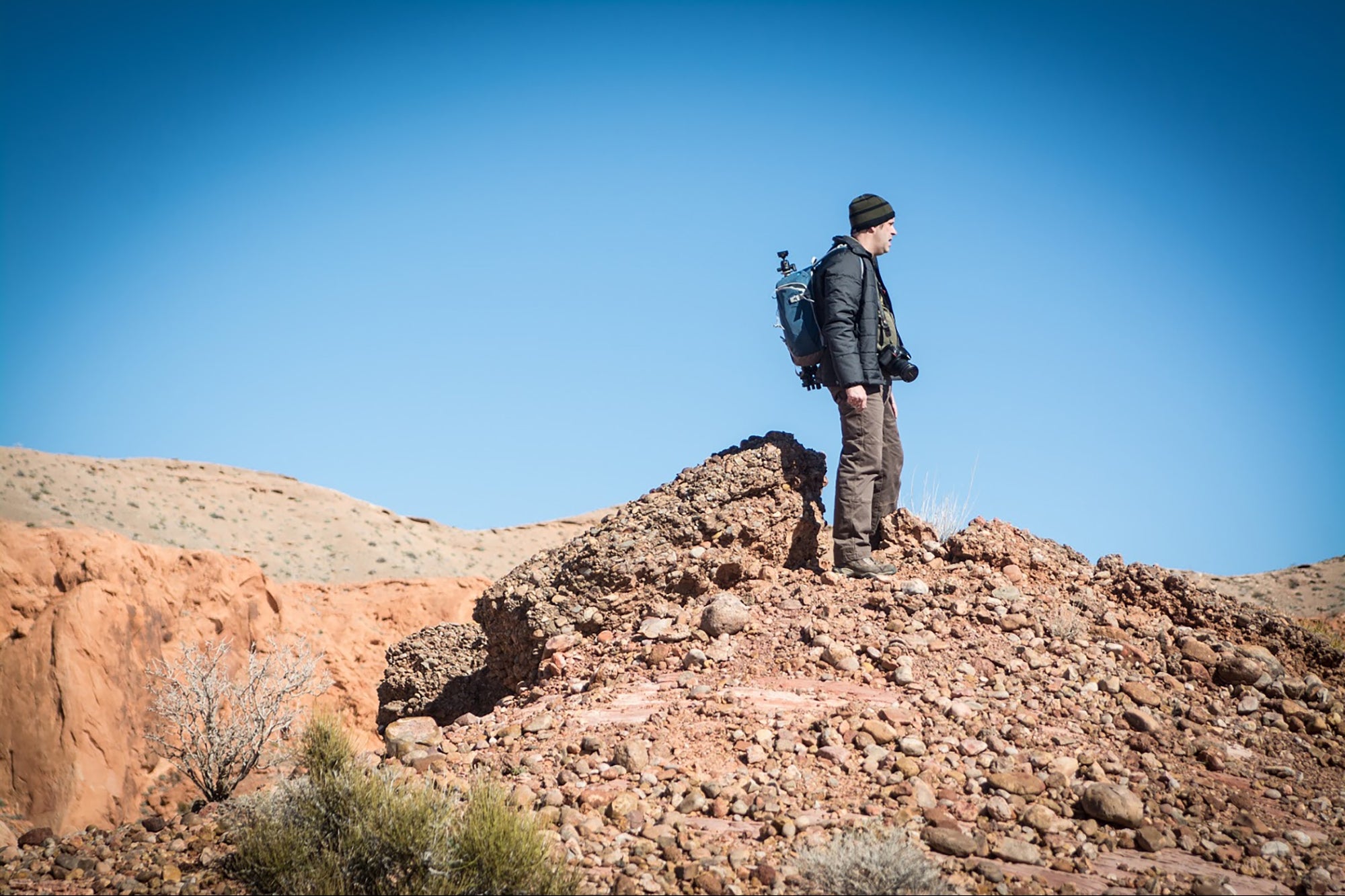 Krycia took his first photo at the age of 8, and inspired by his dad, who loved photography, he experimented with cameras on and off during his teens. But it took a while before this occasional hobby became a career.

“I didn’t really start shooting until I was about 22,” he explains. “A friend of mine had a commercial studio, and I was his assistant. He really got me going, and then I started shooting some stuff on my own.”

Even then, Krycia didn’t just focus on one thing. He was a partner in a video production company, shooting marketing content for businesses. He also did a brief stint as a web developer. But eventually, he said, “I started going back to my roots and focusing on photography full-time.”

Eventually, he started his own business, Scott Krycia Photography, in 1995, focusing first on commercial photography and also some work shooting stills for movie sets. But a change in technology forced him to re-evaluate the movie work.

“Once they went to digital cinema, that forced me to rethink my business,” he says. “And I got lucky. I fell into real estate and architectural photography, and from there I was able just to build the business into what it is now.”

Krycia says one of the secrets of his success is offering a full service to clients to ensure the best results. He will turn his hand to anything that improves the quality of the final shot. “I’m there for the agent,” he says. “If they need help moving a few items or a suggestion or two to make sure the property looks good. And I’m willing to go the extra mile for the client because without the clients I don’t have a business.”

He says his strong work ethic, inherited from his family, is likely the reason why he gets repeat business from more than 250 agents in his area. It’s all from word-of-mouth referrals. While Krycia does some marketing to sell his landscape prints, he hasn’t given out a business card for his main business in a couple of years.

Despite often having to drive miles to reach a location, Krycia is “pretty fierce” about always being on time. Affordability is another of his secrets of success. “There’s a lot of real estate photographers out there I know that charge way more than I do, but I also know that those guys shoot one house every week where I shoot 20 or 25 every week.”

The Pennsylvania real estate market is seasonal, typically lasting from March to October, but Krycia doesn’t sit still during the down time. “I like to always be busy,” he shares. “During the down time, I focus on doing my fine art stuff. Typically, in February, we will travel somewhere and I’ll do a couple weeks’ worth of landscape photography and then come back and kick back into real estate mode.”

Even during the early months of the Covid-19 pandemic, Krycia was able to stay busy by capitalizing on his ability to do Matterport 3D walkthrough videos. Before, this was a premium service offered to only a few clients, but with in-person viewings in Pennsylvania out of the question for months, everybody wanted virtual tours. “Last year, 5% of my real estate business was actually video. And this year, it’s probably closer to 15 to 20%. In May, I was doing four or five tours a day.”

With in-person showings now back on, the virtual tour business has subsided again. However, Krycia’s business is booming, as people get back to the business of buying and selling property. “It’s been an absolutely crazy year for the real estate market. Usually I shoot about 1,000 properties a year, but I’ve got two months to go, and I’ve shot close to 1,000 properties already.”

In the last 25 years, Krycia has seen big changes in the photography business. He describes himself as a “late adopter” of digital camera technology, using film until around 2007. The photography industry’s set for even more changes, with the advent of AI photo manipulation, mirrorless cameras and perhaps even drones. Krycia isn’t worried, though, as he’s clear that there’s no substitute for the photographer’s trained eye.

However, technology has been a big help in running his business. For example, delivering files to clients is super easy. “I used to burn CD-ROMs for clients and who has even a CD player on their computer anymore? Everything now is purely digital and it’s all done on my computer at home.”

It’s also enabled him to run his business virtually single handedly. “All my scheduling and my billing and everything else is all done through my phone,” he says. “It’s a total mobile digital business. There really is very little overhead besides my camera equipment and me driving around and working.”

To build a six-figure business, you have to be prepared to work hard, says Krycia: “A lot of people start businesses, and they get out too early. They expect that as soon as they hang their shingle out, they’re going to have millions of dollars. It’s not like that at all. It’s a struggle in the beginning and the biggest thing is if you think the idea is good and you think your business is going to be successful, you’ve got to stay with it. You’ve got to work.”

Following the Passion for Landscape Photography

Though Krycia loves real estate photography, he has another business selling prints from his true passion, travel and landscape photography. He says the two work together well, especially in a seasonal market like Pennsylvania.

While some fine art photographers feel that real estate photography is beneath them, that’s not how Krycia sees it at all. “Going out every day and shooting those houses is actually enabling me to go and do my fine art and scratch my creative itch,” he says. “I work really hard during those real estate months and then I’m able to go out and shoot during those down months and chase the passion.”

How to Acquire Your First 100 Customers