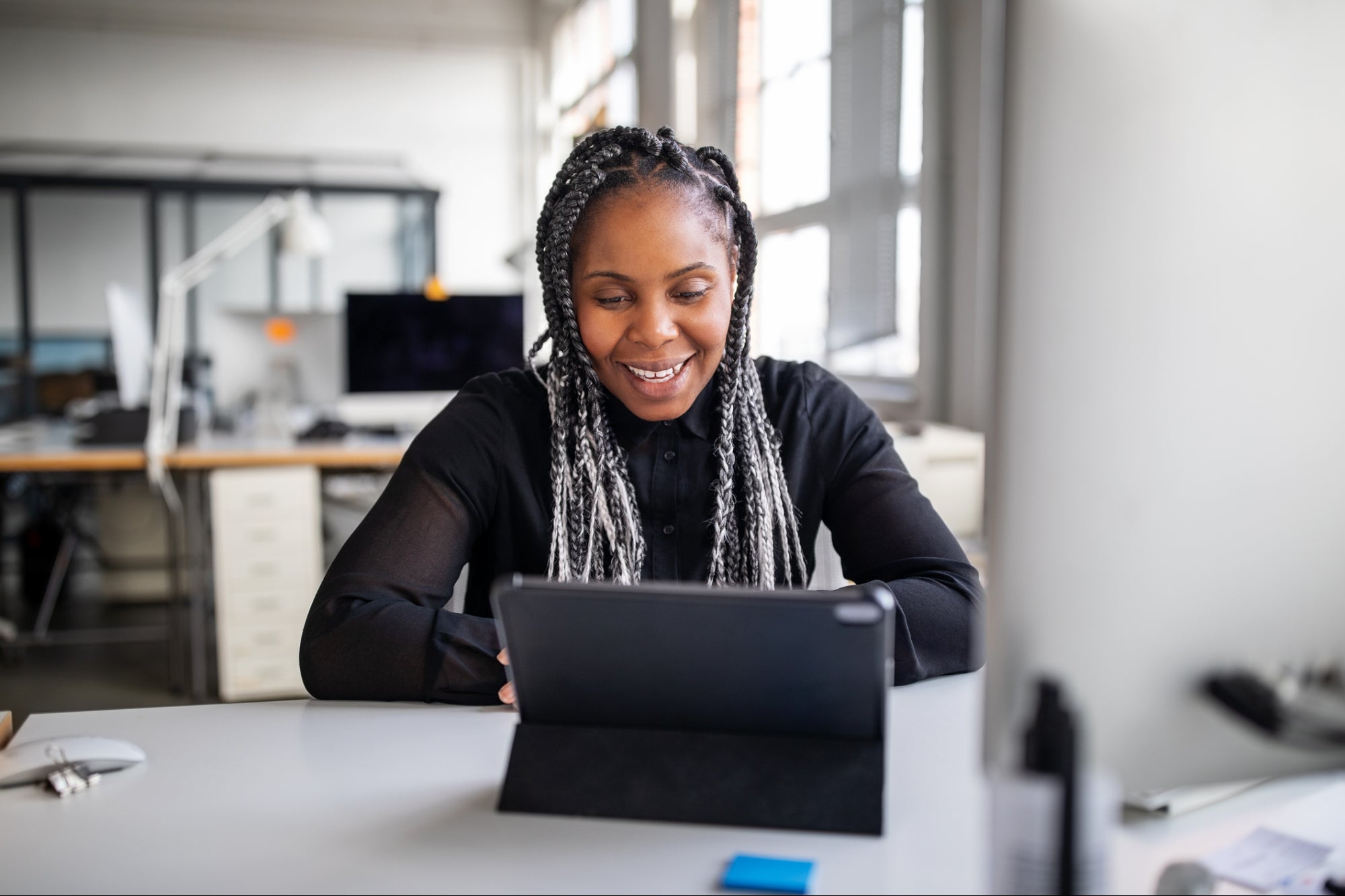 For as much progress as we’ve made, the real telltale sign of equality is in the money. Specifically, in venture capital. Business funding tells a story through numbers alone, and it’s no secret that they’ve looked bleakest for Black female founders for a long time. To put this into perspective: According to Fortune, as of December 2020, only 93 Black women had secured $1 million or more in funding for their business. Taken alone, this statistic is startling. But, it’s part of a larger narrative, and a hopeful future, as this number had tripled since 2018 when only 34 Black female founders had ever raised that much.

While we’re still lightyears away from where we need to be for true equality, there are venture capitalists and founders alike who are truly changing the tide. These pioneers are claiming their rightful stake in Silicon Valley and beyond, inspiring generations of Black founders and investors behind and around them. Here’s a current look at the state of affairs with the racial and gender disparity in VC funding.

While it’s not necessary to raise venture capital to be successful, it helps. Cash buys time in business, and the right VC firms also open doors to connections. When a business is already doing well, an infusion of capital can surge the business to new heights. And, it is when a business is doing well that it’s proven it’s a worthy investment. So, where’s the disconnect?

Ted Gibson is a celebrity hairdresser from the show What Not to Wear with clientele ranging from Angelina Jolie to Anne Hathaway. He’s proven himself and market demand for his product in spades, with retailers like Saks Fifth Avenue and Sephora. And yet, no dice on the investment front. “Despite all of these accolades, no one has stepped up to the plate, and it’s because of the color of my skin and because I am gay,” Gibson said in a Glossy article. “Meanwhile, my white counterparts have had more recognition while not doing as much as I have done.”

This example is important because anyone, regardless of VC background, can scratch their heads at the disconnect. And yet, venture capital firms don’t seem to see the issue. A Morgan Stanley report of over 100 investors found that 60% of them believe that minority founders and women of color receive “about the right amount of capital.” Even more concerning, 20% reported that they believe they receive “more capital than they deserve.”

CNBC Make It reported that only 2.6% of funding goes to Black and LatinX founders. When reported independently (as it should be), Black founders receive less than 1% of all VC funding.

Black female founders are proving why venture capitalists should get on board or regret missing the train. Notably, Pat McGrath’s booming makeup business now has a valuation of $1 billion, an incredible start to a fairly new business — it launched just two years ago. McGrath has successfully raised capital — a $60 million stake from Eurazeo brands brought their total funding amount to $88 million — but with a valuation of $1 billion, even tens of millions is a drop in the bucket. This is especially illuminated as the brand did $60 million in revenue in just one year.

The numbers check out, the business models are sound, and the results are booming. Where is the money?

As with the rise in Black founders who are raising $1 million and up in funding, Black venture capitalists are ensuring this. Arlan Hamilton, the founder and managing partner of the $36 million fund Backstage Capital, is taking the VC world by storm. Her story in itself is cause for inspiration. At age 34, she arrived in Silicon Valley without money, a college degree, or even a place to stay, fueled by the purpose-filled motivation to bring more diversity into venture capital.

One angel investor, Susan Kimberlin, believed in her vision enough to invest $25,000. Hamilton has grown that in remarkable spades, putting money where her mouth is, literally. All 100 startups that Backstage has invested in include a founder who is a woman, a person of color, or a member of the LGBTQ+ community.

This is how a new wave of VC-backed startups come to light, but it isn’t a process that can be done alone. This requires more venture capitalists understanding the real disparities that are plaguing the investment communities. Other funds have been created to specifically back Black female-founded businesses, such as the Fearless Fund, which launched a $5 million fund for women of color.

It isn’t just about equity, though. It’s about representation. Funds that are minority-led, such as BLCK VC and MaC Venture Capital, inherently create more space and opportunity for people of color. In the end, the numbers will tell the truth. The tide is changing, and Black-founded businesses have been, and always will be, on the rise.

How Filing Taxes Early Could Maximize Your Coronavirus Stimulus Check

Coca-Cola Stock Is Out, PepsiCo Stock Is In