Straight out of a horror movie , that’s how it was last year for many industries. While some markets grew rapidly, others were shrinking until they were completely extinguished. The latter was the case of the audiovisual industry, which in the first six months of 2020 had lost $ 145 million .

In many cities in Mexico and the world, both entertainment and commercial filming was suspended and this caused some creatives to start thinking about how to deal with the issue.

“It was a horrible year for everyone, we in the production house, we were totally unemployed, dead, especially the first part of the year, so then it was time to rethink what we wanted to do, what we were going to do, how we were going to get out. forward ”, comments Mauricio Almeida, founder and CEO of Scouter , a location search platform, in an interview with Entrepreneur en Español .

Some of the clients of Mauricio Almeida’s production company stated that they could not remain standing because they needed to film their materials, however, the closest obstacle was: where to record? The forums and studios were closed.

“There were people who were not receiving money and also had an income to pay and said,” Wey , go and record me, “says the entrepreneur. This is how Scouter was born, a platform that helps you find a location for your filming.

In this way, they managed to connect a point A with a point B. “The need not to lose the rhythm of the people who were filming and the need of the people who have to pay rent and that their space was not generating nothing, and in the end they turned him into an asset ”, explains Almeida.

The entrepreneur and his team began to give shape to the idea and in December 2020 they gathered some of their savings, sent to make the brand identity and presented their website. After four months of work they were already close to billing 200 thousand pesos in rent. “It was a super pleasant surprise … although last year we suffered a good one, we took time to do this,” he says.

According to Almeida , one of the main problems in the audiovisual industry is getting good locations at a good price.

“It took a long time to get a location, it was very expensive to get a location, there were up to three intermediaries so that you could find the one you wanted. Then each intermediary was taking a slice of the cake, that’s not the bad thing, the bad thing is that each one took the slice they wanted. If the house cost 8 thousand or 10 thousand pesos. The first intermediary added 2,000. The one that follows added 3,000. And the one that follows added another thousand. Then the house cost you twice what it could cost you, “he says.

At that moment, the entrepreneur found a way to differentiate his idea through price and the possibility of paying only for the hours you use a location.

“We are going to democratize the location business, that it is a fair price that you pay and that you also pay only for the hours you are using it… For example: you said, ‘I want to rent that house’, and they answered, ‘Okay , the day of the call costs 50 thousand pesos’. And you used to say, ‘It’s very expensive, I can’t pay for it and I only need it for two or three hours.’ From there we decided to make a business model that is flexible for both sides, for the people who put up their houses and for the people who want to go in to film ”, he explains. 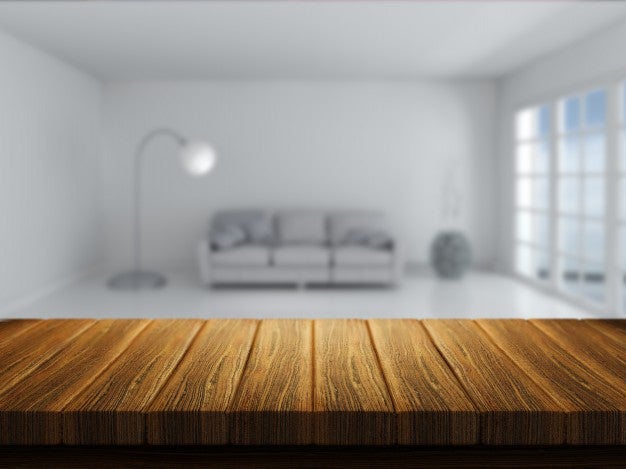 The entrepreneur found a way to differentiate his idea through price and the possibility of paying only for the hours you use a location / Image: Courtesy Scouter

Democratization is part of Scouter’s DNA, according to its founder they also thought of the independent industry, of those people who do not make large productions or who do not have very high budgets, but who have all the desire and talent to be filmmakers.

According to Almeida, there is a monopoly in the location industry, where there are still houses or places that you cannot rent because there are people who control them and rent them only to large productions. It is one of the reasons why the entrepreneur wants more people to add locations and help them generate competition in the sector.

“In Scouter we are never going to tell you that your price is too high or too low, you will know what your price is, we give you a range and you decide from there how you want to put it, but you will realize that those of 40 thousand are rented more than those of 80 thousand pesos. So it generates competition and competition is always healthy, so that it is more accessible to all and that there are precisely no monopolies, ”says Almeida.

You can negotiate your price

“In this idea that we started with and that we want to maintain, that it is for everyone, students always have a 10% discount. Just showing with a valid university credential that you are studying, ”he says.

On the other hand, the website allows you to negotiate the price of the location with the owner directly, using a “Make your offer” button, and even the brand’s team can help you find a better price.

How does Scouter work?

It is a platform or web page where the managers of locations or people in charge of locating these places within the production crew , students or someone who wants to make an audiovisual material can enter and choose the site of their preference.

“Right now it’s like this, in the future what we want to do is have everything, that you put, ‘I need a house with a red floor.’ And that the number of houses with red floors appears, as very specific searches, ”explains Almeida.

To rent your house you just have to share your property, send an email with the name and photos of your location to hola@scouter.com.mx or a message to the WhatsApp number that appears on the page. Later, you will receive a form in which you will have to fill in data such as capacity, services, size of the place, location, price, among other general details.

Once you complete this part of the process, the company team will send you a screenshot to show what your location would look like on the website. This platform directly connects the owners of the venues with the productions and does not ask for a registration fee.

Property owners can impose their conditions to rent the space and have the last word when accepting or rejecting a project. The platform offers legal certainty to those who rent as well as to the owners and protects both parties with damage insurance of up to one million pesos.

“We have insurance of up to a million pesos for anything that happens in your house, we cover it and we also cover it for the producer, not just the person at home, that is, if the producer goes and breaks a vase we pay for that vase, the producer does not have to pay for it. Also there we removed the step that the production company had to take out production insurance, we already do it directly and you forget about all the problems, anything that happens inside your house is Scouter’s responsibility ”, says Almeida.

The platform keeps 20% of each income. “That is totally transparent, we always charge 20% and we do not charge the owner. We raised 20% to those 10 thousand pesos and that 20% is paid by the person who wants to rent the house, ”he explains.

The entrepreneur comments that in Latin American audiovisual markets such as Argentina, Colombia, Brazil and Mexico they will have great growth, especially in the commercial part. However, he thinks that there is still a lot of regulation for these markets so that there are no monopolies or “abuses”.

So with this idea he wants to create a community. “You can rate the people who came to your house, that people can rate you. We have a philosophy that has served us a lot and that is, you do not steal from your neighbor, it is very difficult for you to do so. When you build such a strong community, it is very difficult for you to go to someone’s house and wreck it, because they will qualify you, ”he explains.

In this sense, he shares three tips for audiovisual entrepreneurs:

1. Be aware of what they are doing in other markets outside of Mexico

“When you realize the range of options and what people in other countries are doing, you can tropicalize it to your immediate environment and make it work for the better.”

“If you see that they are doing something somewhere else and you say,” This could work here. ” Try it, nothing happens, no one is going to lose by trying ”.

“Since you tried and it doesn’t work, no way, try the one that follows, be patient and if your project doesn’t go the way you want, don’t throw it away, wait and keep walking, even if they are little steps, but keep walking because you don’t know what is going to happen, in two or three months it can burst. So, be patient and take your time ”.

“The truth is I think that when you do what you love there is very little chance that it will go wrong, even if it sounds a bit romantic, that has worked for me all my life. I think that’s just that, be patient and do what you love, ”concludes the entrepreneur.

Learn about the tax benefits of saving for retirement