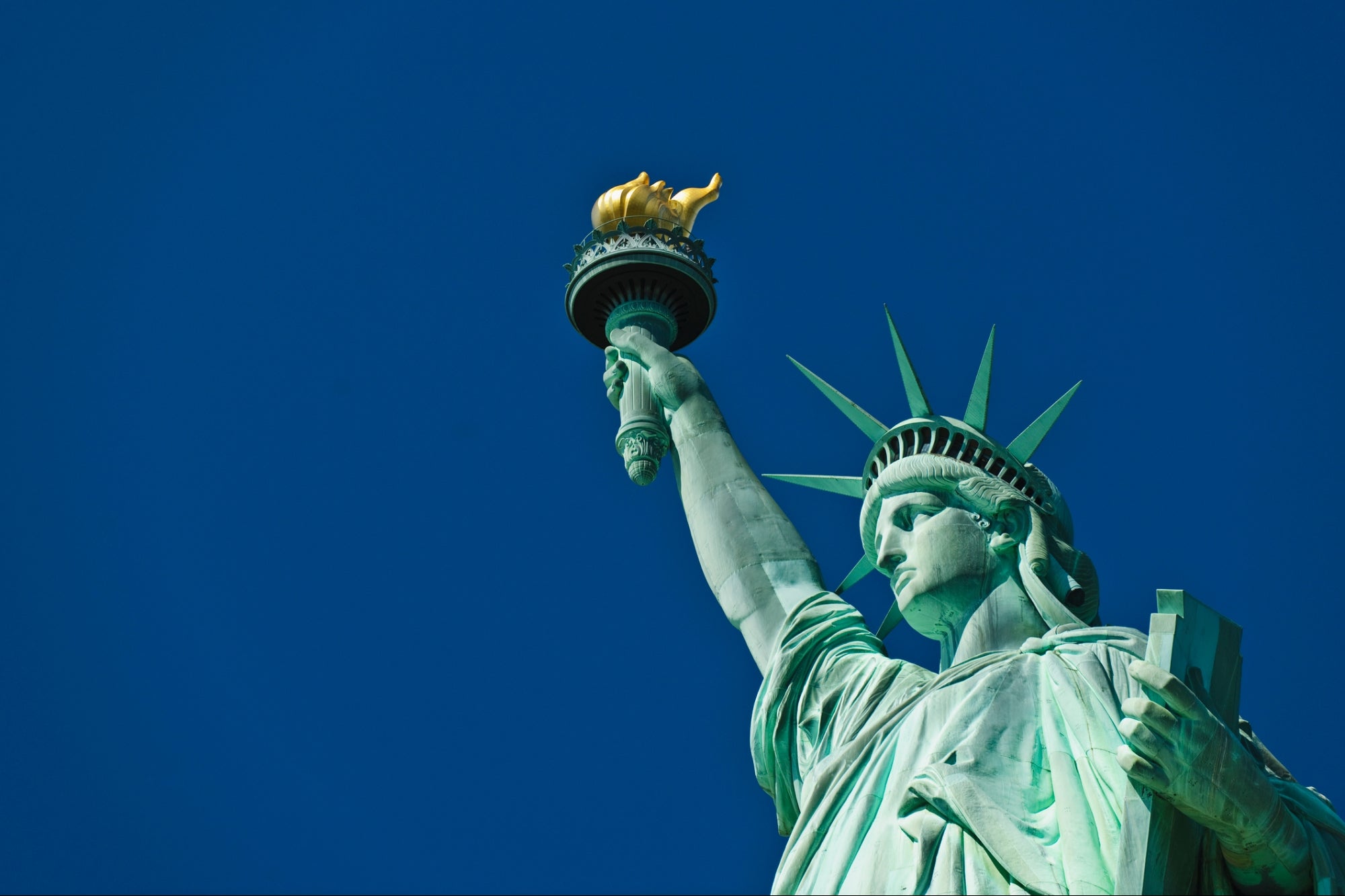 Why European startups shouldn’t be scared of early U.S. expansion.

European start-ups and starlets may not have much in common but they do share one dream – to be successful in America. Prosperity and honor can of course be found elsewhere, but it’s the land of opportunity that promises to take a career or company to the next level. Working out how to make a transatlantic transition is what keeps founders and actors up at night, turning over plans and imagining what a US break would mean for their fortunes. To have made it in America is to be a success.

Such is the mythology around the US that it conversely puts many off even trying to establish a foothold. The challenge feels too daunting, too impossible. In the world of startups, there’s a genuine fear of US expansion that overrides its pull of potential. Horror stories float across the pond about the extreme amount of competition out west and the litany of companies who failed before – and so many start-ups that collapsed by even trying. Others keep putting off the move until they’ve found the ‘perfect time’ and everything feels comfortably in order, which normally means a competitor has already made waves in the market and it’s now much more expensive to challenge their market position.

Making American expansion represent too much is one of the biggest factors holding back European start-ups. Building up the US as this land of unprecedented triumph-or-disaster creates unnecessary fears and distracts from tangible action, scuppering any chance start-ups have of overseas breakthrough in the first place. Yes, America is a different market and you need to be prepared for that, but it’s not completely alien and the same rules of business still apply. If you’re confident your product serves a real need in Europe, there’s likely a similar need there as well.

Related: How to Take Your Company Global | Global Business

There’s also the issue of timing. Mythologising America has meant businesses are terrified of going too soon. When we took Virti to the States we were only a month old and people said it was way too early for a UK-based business of three employees. Now we’re in the process of opening new offices on the East Coast to add to our locations in Houston and LA. It’s tough to overrule received wisdom and to go against the grain: research from Index Ventures on European and Israeli start-ups this year found that start-ups are tending to expand to the US later, with 59% of start-ups expanding to the US pre-Series A between 2008 – 2014, compared to only 33% of start-ups between 2015-19.

But expanding to the US early can be a good thing

Not only does it help prevent competitor creep, it’s smart to start exploring your new market early on and scope out possibilities for yourself, rather than relying on others’ second-hand experience. You get to learn about emerging trends before they become apparent to Europe and there’s value to be gained from discovering hidden nuances about American consumers’ wants and needs. Being aware of market shifts, new opportunities and different challenges let’s you factor these crucial details into your product development process, so you’re not retroactively trying to graft on new features when you need them to already be up and running. This knowledge also helps you make the right hiring decisions and build the right team to take full advantage of your spread to the States.

Related: When Is the Best Time for My Company to Enter a New Market?

And expanding to the US might also not mean what many start-ups think it means: making the move to America doesn’t have to involve relocating your entire team to San Francisco. Index Venture’s survey also found that less than one in five European tech firms choose to relocate their engineering base when they expanded to America (contrary to the tactics of a decade before), but this hasn’t hamstrung their prospects. Europe’s own tech talent and booming start-up scene means the majority of development can be carried out where costs are cheaper and employee loyalty higher, so you’re not spending huge amounts on areas you don’t need. An effective American launch means working out the strategy that works for you, not the one that you think you should have.

No expansion is easy, but European start-ups don’t need to be scared of the US. Yes, it’s a competitive market but competition doesn’t automatically count out the chance of success. Find out the real barriers to entry, not imagined ones, work to overcome them and have faith in the quality of your offering. Success in America doesn’t have to stay a dream.

Related: Here’s How to Make Your Expansion Into New Markets a Success