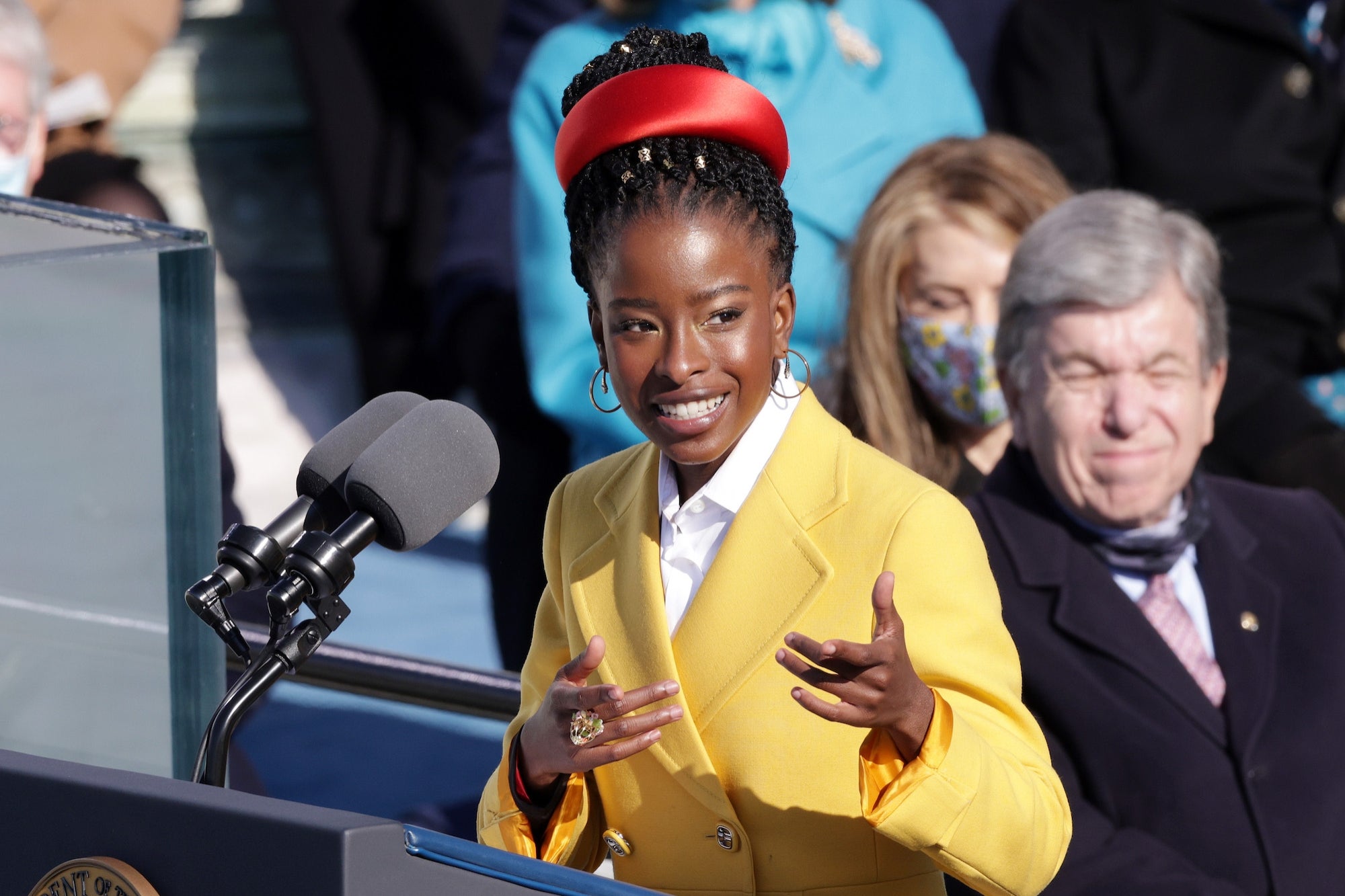 The poet declared, “We lay down our arms so we can reach out our arms to one another.”

The 22-year-old Gormanread her own poem, titled “The Hill We Climb,” at the inauguration of President Joe Biden and Vice President Kamala Harris.

Related: Elon Musk Responds To a Request From a Tweeter Who Sent Him the Same Message 154 Times

The Los Angeles native told NPR she finished writing it on the night of Jan. 6, just hours after rioters swarmed Capitol Hill.

Gorman opened her poem Wednesday by saying, “We braved the belly of the beast.”

The poem continues: “We’ve learned that quiet isn’t always peace and the norms and notions of what just is, isn’t always justice. And yet the dawn is hours before we knew it, somehow we do it, somehow we’ve weathered and witnessed a nation that isn’t broken but simply unfinished.”

For the love of life, return your oxygen tank: Profeco

The U.S. Is Still the Land of Opportunity