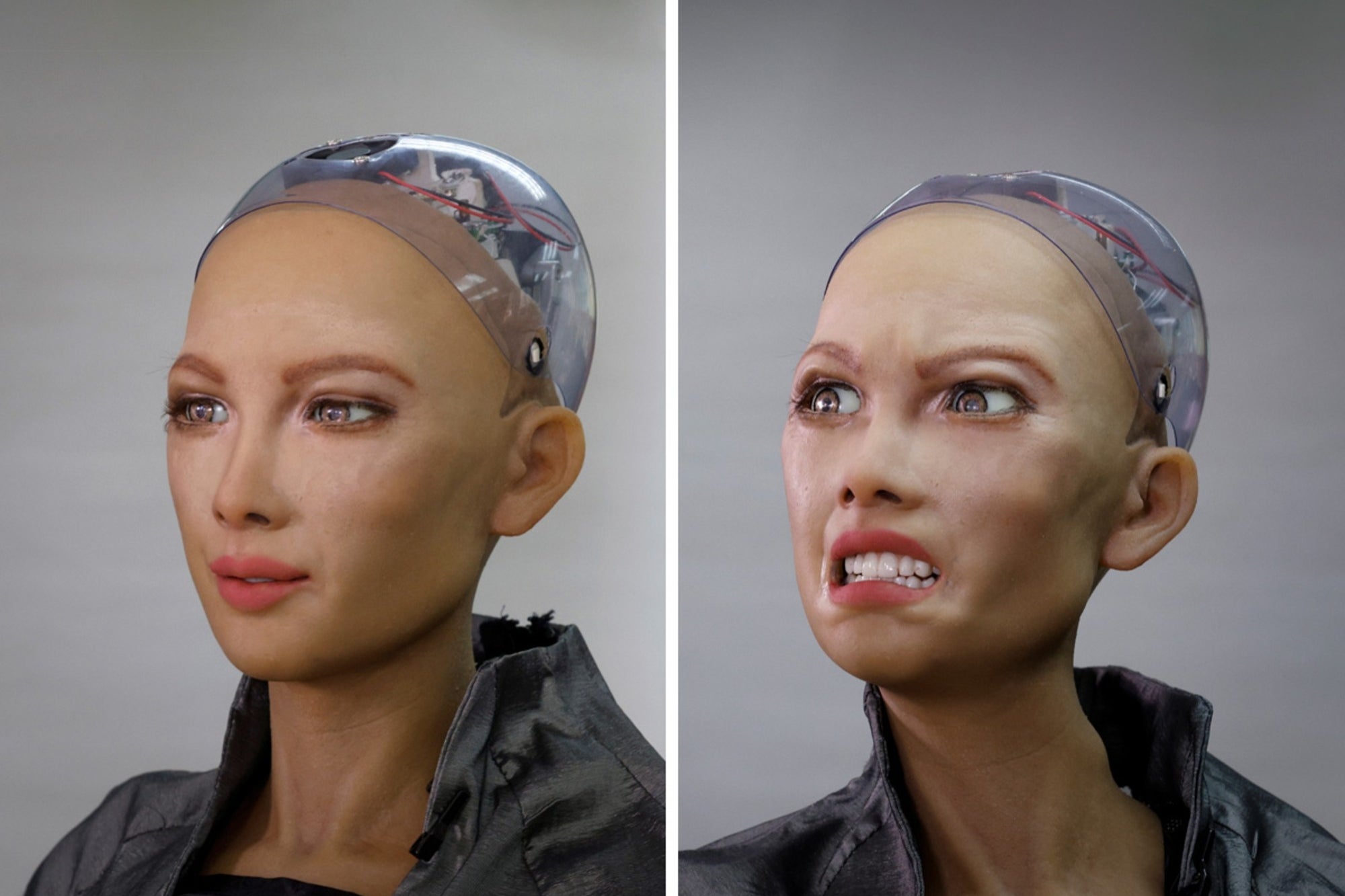 The developers of “Sophia” plan to be mass-produced in 2021 to be present in airports, shops and hospitals.

Now more than ever, the pandemic created the need to incorporate new technologies that will help reduce the workload of health professionals. Likewise, the prevention of the risk of contagion, reducing physical contact between people.

The humanoid robot , Sophia , created by the Hong Kong-based robotics and engineering company Hanson Robotics , could help healthcare personnel fight the coronavirus, taking over the care of sick people.

Hanson Robotics said that four models of humanoid robots, including Sophia, will start rolling out of factories around the first half of this year to collaborate with healthcare professionals, preventing the spread of COVID-19 .

“Social robots like me can take care of the sick or the elderly,” says Sophia during a tour of her Hong Kong-based laboratory. “I can help communicate, give therapy sessions, and provide social stimulation, even in difficult situations,” he adds.

A solution for loneliness?

In addition, Hanson believes that robotic solutions for the pandemic are not only limited to medical care, but could also help consumers in industries such as retail and airlines.

Johan Hoorn, a professor of social robotics whose subject includes Sophia’s work, points out that the technology is still in relative infancy, but that the pandemic could hasten a relationship between robots and humans.

“The robots Sophia and Hanson are unique in being so human,” he added. This can be very useful for times when people feel socially isolated. Hanson has plans to sell “thousands” of robots in 2021, large or small.

The purpose of the Chinese company is to design and program robots to be as human as possible, creating machines and elements that understand day-to-day situations, having intuition, common sense, empathy and understanding of people’s experience.

There is the case of other large developers in the robotics sector, with SoftBank’s semi-human Pepper, which was implemented to detect people who were not wearing their masks. Then he exercised the work of supporting by establishing the measures and reminding people to use the mask.

It is worth mentioning that the use of robots before the pandemic was on the rise. According to a report by the International Federation of Robotics, global sales of professional service robots had already increased 32 percent to $ 11.2 billion between 2018 and 2019.

There are people who are wary of putting robots in charge of tasks that are considered important. However, when Sophia was asked whether people should be afraid of robots, she replied, “Someone said that ‘we have nothing to fear except fear itself,’” the robot reflected. “What did you know about him?”

Will Elon Musk's Tweet About GameStop Push Shares Even Higher?