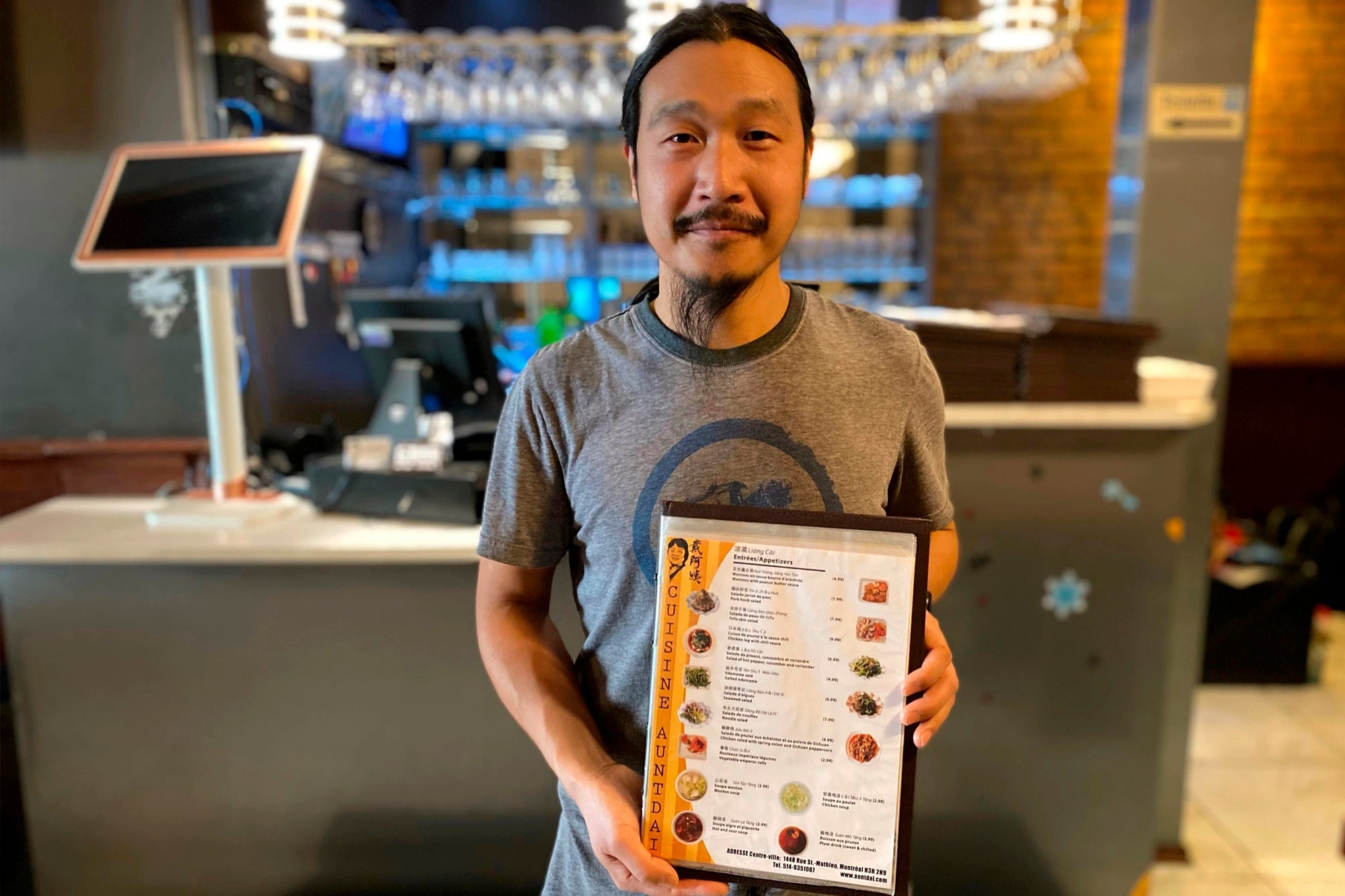 A Chinese restaurant owner wrote his own reviews of every item on the menu, and the result is just great.

Sometimes the best advice you can take in life and in business is to ‘be yourself’ . This was demonstrated by Feigang Fei , owner of a restaurant in Montreal, Canada, who went viral because each item on his menu is accompanied by an extremely sincere criticism.

This week, the local   Chinese food cuisine AuntDai rose to fame on social media, thanks to a tweet from a diner. Netizen Kim Belair shared some photos of the original food menu on Twitter.

“AuntDai is my favorite Chinese restaurant in Montreal, but the real treat is the menu, with extremely honest comments from the owner,” wrote Belair, whose post went viral with more than 73,000 likes and nearly 11,000 retweets .

The post was accompanied by several images with the owner’s interesting reviews. In one of these, dedicated to its ‘Orange Beef’, you can read that it is “not as good” as the ‘General Tao Chicken’, another of its specialties. “Anyway, I’m not a fan of Chinese food from North America and it’s your decision,” Feigang clarified.

In yet another, the businessman displayed his frankness by pointing out that he had not even tried his new recipe .

“This is new on the menu. I have not had a chance to test it yet. According to many customers, this one is very popular. I still haven’t been able to taste it. It seems like I should spend more time eating in my own restaurant, ” says the description of the beef with Satay sauce.

Hey, I am the owner of Cuisine AuntDai, thanks to your tweet, I got a lot of press interviews. It has been a heck of few days in my whole life. Join Twitter to thank you. If you like I want to talk to you. You are my first person to follow on Twitter !!!

However, the one that takes the palms is the criticism of its sweet and sour pork strips . First, Fei says that it is the most requested dish by Chinese diners in his country and that there are many variants of it. Right away, the restaurateur made it clear that he doesn’t love his recipe.

“Since I have very high expectations of this dish, I am not a fan of our version, to be honest. But don’t get me wrong, the dish in our restaurant is also very tasty. It is only different from those (that were) where I went to university ” , reads the text.

The importance of digital PR

“Hello, I am the owner of Cuisine AuntDai , thanks to your tweet I got many press interviews. It has been an incredible few days in my entire life. I joined Twitter to thank him. If you agree, I want to talk to you. You’re the first person I follow on Twitter! ” Wrote the restaurateur.

Next, Feigang Fei published the first post on her profile, also dedicated to the young tweeter.

“First tweet is to thank @BagelofDeat, his tweet released my comments on our restaurant website AuntDai.com to the media. First radio interview in my life, first television interview, it’s like a dream. Thank you from the bottom of my heart ” , expressed the businessman.

Although it seems like one more viral anecdote, the honest menu of Cuisine AuntDai makes it clear that, sometimes, betting on honesty in business can make a difference.