This feature is already available for the United States and Canada and will be implemented in the rest of the world soon.

The short video social network, TikTok wants to join the fight against misinformation and although the platform already eliminates videos that have erroneous content, it now wants to place labels in the best Twitter style.

“Sometimes fact checks are not conclusive or content cannot be confirmed, especially during events in progress”, in these cases, according to the social network, some videos may be eligible for not appearing in the feed of “For you” from some users.

So that this does not happen, the platform will implement warning labels on the videos, the viewer will be able to see a banner that says “video marked for unsubstantiated content”.

Also, if the user tries to share a material with this tag, they will see a message reminding them that the video was marked as unverified content. Later, they will have to choose between “cancel” or “share anyway.” 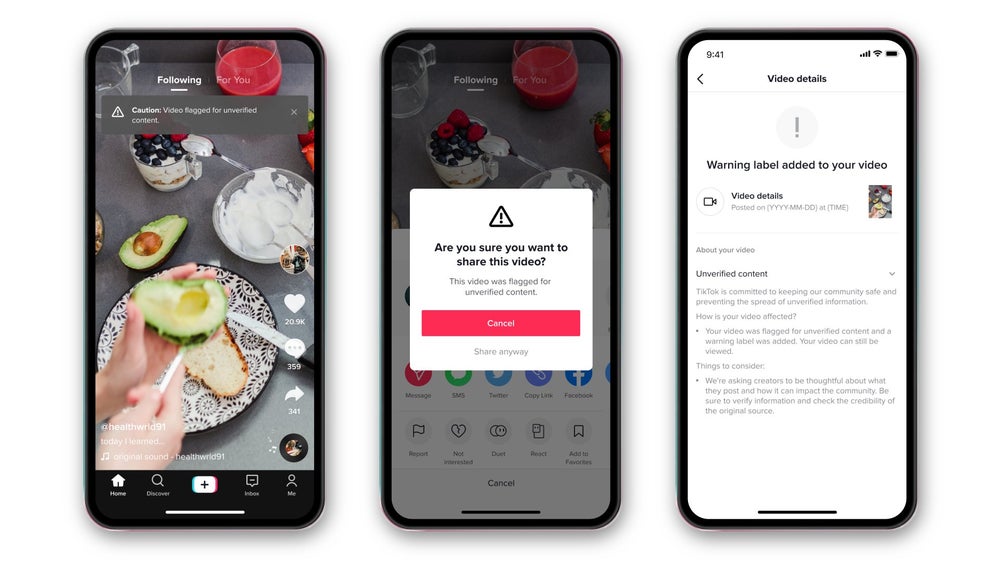 According to the statement of the company, when the social network tested this feature they observed that users decreased rate video sharing 24%, in the same way the percentage of “likes” content baseless decreased by 7 percent.

This feature is now available for the United States and Canada and will be implemented in the rest of the world soon.