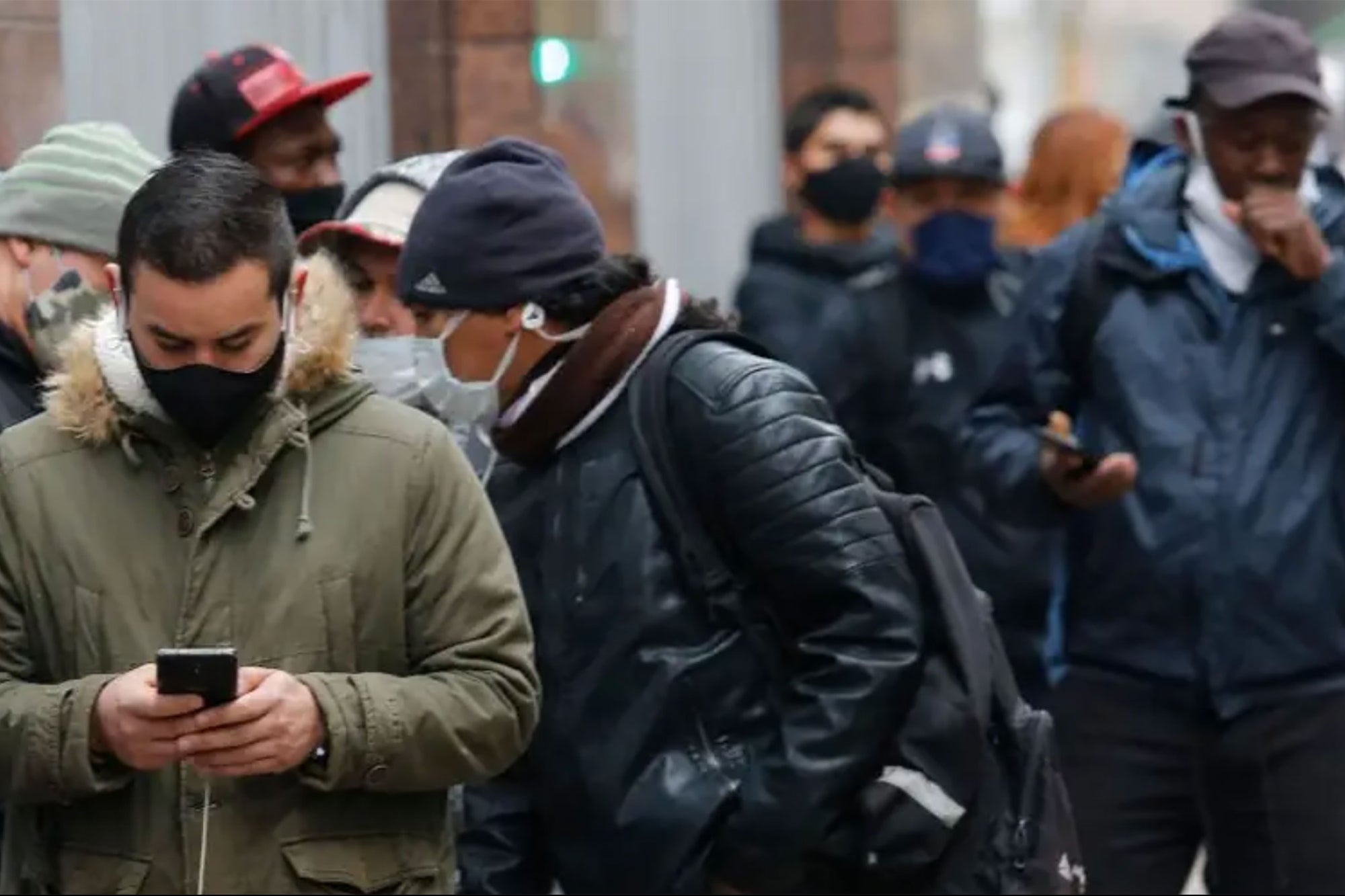 New claims for the week that ended Saturday totaled 965,000.

The number of Americans filing for unemployment benefits jumped last week as rising Covid-19 cases continued to cut into the labor market’s recovery.

New U.S. jobless claims totaled an unadjusted 965,000 for the week that ended Saturday, the Labor Department announced Thursday. That comes in well above the 800,000 claims expected by economists surveyed by Bloomberg. The reading is also greater than the previous week’s revised total of 784,000, and reflects the biggest increase since March.

Continuing claims, which track Americans receiving unemployment-insurance payments, gained to 5.3 million for the week that ended January 2. That came in above the median economist forecast of 5 million.

More than 74 million Americans have filed for unemployment benefits since the pandemic first froze U.S. economic activity in March. That’s twice as many filings that were made during the 18-month Great Recession. And while the worst week of the previous recession saw filings total 665,000, claims have failed to break below 700,000 throughout the coronavirus pandemic.

“While prospects for the economy later in 2021 are upbeat, the labor market recovery has taken a step backward and we expect claims to remain elevated with the risk that they rise from last week’s levels,” Nancy Vanden Houten, lead U.S. economist at Oxford Economics, said.

While the rate of labor-market recovery has slowed, case counts continue to surge across the country. The U.S. reported a record 219,090 new Covid-19 infections on Wednesday, according to The COVID Tracking Project. Hospitalizations reached 130,383 and virus-related deaths climbed above 375,000.

Recently published data detailing the labor market in November also offers a bleak look at the country’s rebound. U.S. job openings fell by 105,000 to 6.5 million in November, according to Job Openings and Labor Turnover, or JOLTS, survey data published Tuesday.

The US hiring rate held steady at 4.2%, coming in just above levels seen before the pandemic despite more than 10 million Americans remaining unemployed.

4 Reasons a Retreat Into Nature Will Increase Productivity