As it was completely virtual, CES 2021 didn’t allow for the usual practice of seeing a lot of cool technologies in person and checking out what really looked useful among the thousands of products. This year’s show—its 54th—still saw lots of products announced, but we had to make do with press kits, video discussions, and pre-taped keynotes. Still, there were a few trends that stood out to me.

I’m not going to talk about new processors, laptops, or TV technology as I’ve already covered those (except to say that rollable displays could make for interesting phones someday.)

This was a show held during a pandemic, and there were a number of products that were a reaction to that. 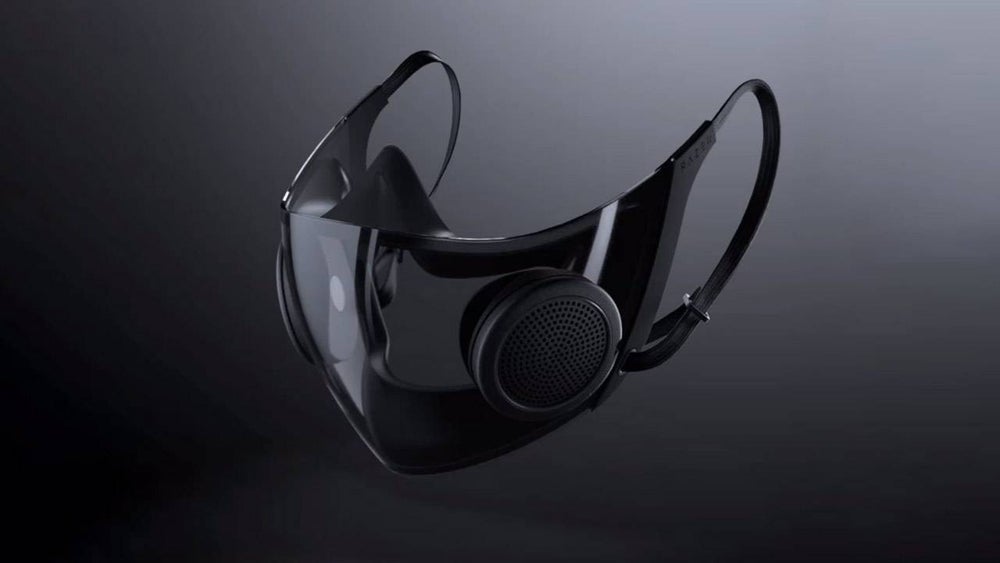 These include smart masks, such as Razer’s Project Hazel smartmask, N95 medical-grade respirators, smart modules to regulate air flow, and of course, RGB lighting so you can pick the color you want. Binatone’s MaskFone basically puts a Bluetooth headset into a mask, so you can listen to music or take calls while wearing it. The AirPop Active+ Smart Mask uses a sensor and an app to track your breathing habits.

Other products are designed to use UV lights to disinfect spaces, such as LG’s robot that moves around a space to disinfect it. For instance, Targus has a UV-C LED Disinfection Light designed to protect your mouse and keyboard. This applies to home appliances as well, as well as an antimicrobial backpack. LG introduced a refrigerator that uses UV Light to eliminate bacteria on the nozzle of the water dispenser. And there were a lot of air purifiers, from familiar and from new companies.

Related: Elon Musk Responds to a Request From a Tweeter Who Sent Him the Same Message 154 Times

It’s all well and good, but to my mind the best technology use of the past year is the creation of new advanced vaccines much more quickly than before, by companies like Moderna and BioNTech which take advantage of genetic sequencing, advanced computing algorithms, and bioengineering. These companies weren’t part of CES, however.

At this point, AI is nothing new, and it seems like every product introduced claims to have an AI component. Chips are touted for their ability to do AI calculations faster, phone cameras use AI to get the best shot, and TVs use AI to enhance upscaling and picture quality. Many were touting AI in conjunction with wearables and other technology to do various health assessments and monitoring. A number of vendors had enhancements to portable translators, a category I continue to find fascinating. But it’s hard to judge any of this without actually seeing the products.

One new concept I saw was Sony’s “visual speech enablement,” which effectively reads your lips, something they showed as being important for getting a smart assistant to understand you in a noisy or windy environment. In its press conference, Sony demonstrated this in a car, noting the wind noise in a convertible or other people talking; and showed how an assistant such as Apple CarPlay or Android Auto could be much more effective than using voice alone. But the company also says it will likely initially be used in more vertical markets such as factory automation, kiosks, and ATMs.

Of course, we’ve all seen 2001: A Space Odyssey, so we should understand the potential dangers of AI and lip-reading.

There were a number of new robots introduced at the show. Some were enhancements to things we’ve seen before, such as Samsung’s JetBot 90 AI+, a robotic vacuum that can detect and clean up messes left by your pets.

But Samsung was being much more ambitious with its “Bot Handy,” with the ability to fetch a bottle of wine and pour it for you. Seriously, getting mechanical hands to do fine work has been one of the big challenges in consumer robotics, and Samsung’s contention that this will be able to tell the difference between the materials composition of various objects and use the appropriate amount of force to grab and move them, could end up being important. On the other hand, Samsung has previous shown such concept robots at CES, and they haven’t yet become real products.

Drones seem to be getting more targeted, as well. Sony showed off its AirPeak drone, a quadcopter designed to carry a full Sony a7 camera for movie-making. This is due out this fall.

In his keynote, Verizon CEO Hans Vestberg announced a partnership between Verizon-owned Skyward and UPS for drones designed for package delivery—of course using Verizon’s 5G UWB technology. This will be a pilot program this year.

In his keynote, Walmart CEO Doug McMillon talked AI, 5G, and robotics as three key technologies, and said robotics has allowed the firm to automate processes and should help in things like speeding up inventory turns. He said that what was most important wasn’t any single technology, “but how they all come together.”

Many new products take advantage of new standards, from PCIe 4.0 to Thunderbolt. I always like the idea of faster SSDs, and saw a variety of interesting new external drives such as Western Digital’s new SanDisk Extreme Pro drives, which promise read and write speeds of up to 2,000 MBps on USB 3.2 Gen 2×2, as do Kingston’s XS2000 USB-C drives, and OWC’s EnvoyPro FX, which promises speeds of up to 2,800 MBps on Thunderbolt 4. Of course internal drives are getting faster as well—Kingston’s new PCIe4.0 “Ghost Tree” drives, using PCIe 4.0 x4—8 channel could theoretically get as fast as 7,000MBps. That’s speed.

Typically, I don’t need this kind of speed—not that I would complain. But it does allow for faster backups, and more importantly, everyone I know who does large scale video editing always wants better performance.

Finally, every year we see concept vehicles at CES, and this year the one that stood out was General Motors’s Cadillac Vertical Take-Off and Landing (VTOL) concept, which has the goal of creating an air-taxi service that generates zero emissions. Given that we don’t have lots of folks using helicopters to get around, I’m a bit skeptical, but it’s certainly neat.