Innovating means creating something new to obtain a different result and being able to add value to what already exists to provide a different approach . Innovation is a fundamental tool to be able to compete in the market with known conditions. Several brands have come forward with their innovation strategies that have shown successful results. On the other hand, other brands such as Pepsi have encountered major obstacles along the way.

It should be noted that today brands need to innovate in order to survive. According to research conducted by the global consulting firm specializing in strategy, marketing, pricing and sales, Simon-Kucher & Partners notes that 90 percent of companies say that price pressure is increasing, bringing 75 percent One hundred of organizations say that product innovation is the best measure to counteract the effects of these pressures.

That said, Gartner reports that 83 percent of the budget a brand spends on marketing is used in the innovation process of the product or service it offers.

Although in reality, it is not as simple as it seems to land this investment in profitable projects or that are seen as authentic innovation .

According to data published by TNS, it is said that what brands identify as ´ innovation ´ in what they offer, only 15 percent corresponds to proposals that comply with this concept, 82 percent indicate extensions and 3 percent relaunch .

With the aforementioned figures, we can understand that in recent times many brands are venturing into the exploration and experimentation of routes , which may go outside their usual field of action. Such is the case of Pepsi, a company that a few years ago made the decision to invest to venture into the telephony sector and make surprisingly presence of companies like Motorola, Samsung or Huawei.

The fullness of smartphones

In 2015 , when that excitement and boom for smartphones was generated, the proposal arrived on the market, while brands such as Xiaomi or Huawei began to grow, it seemed that Pepsi had found a new space to develop, bringing to light its new project called Pepsi Phone or Pepsi P1S , which operated under the Android system, whose existence was of two series, the P1 and the P1S . 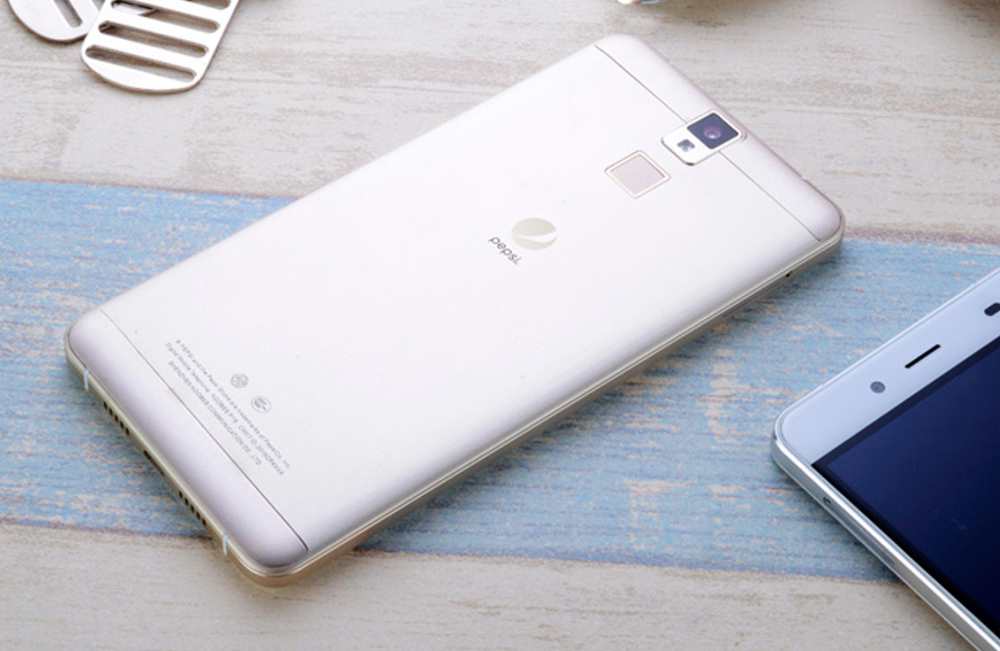 At that time, the launch of Pepsi offered something very similar to the typical design of mobile phones of the moment, made with aluminum material, the external view similar to that of its competitors, who offered the 5.5-inch screen and Full resolution HD with a MediaTek processor. Also the 13 megapixel camera with double Led Flash and a 5 megapixel front panel.

As we have described, nothing different or extraordinary to the proposals offered by the firms with the greatest experience and affinity in the mobile telephony sector. What was the real appeal with which Pepsi intended to win over users in the market was the brand logo on the back of the smart device.

The purpose of the brand was to ‘innovate’ by exploring another sector, which did not adhere to its field of action

The objective was too clear to understand, the company bet on giving the user ´a new signature to interact with the company logo´ that until then was only perceived on soda cans, t-shirts and backpacks, which over the years they had become the goal of many collectors and fans.

In fact, it didn’t work, despite the fact that Pepsi is considered a cult brand.

With the launch of this product, Pepsi proposed a collective financing in order to generate more of its -uncommon- smartphones , in the electronic commerce of Chinese origin JD.com, where until now, after five years of its offer the objective has not been achieved.

In addition, the price of the product was not attractive enough to win over consumers, which consisted of less than $ 100. Pepsi’s strategy did not work and is remembered as a failure. Only a thousand P1 models were put on sale.

What was the learning?

Whenever a brand wants to innovate, it must be very aware of how it is perceived by its users, what is its turn and understand if it really has the necessary experience to be able to explore a new sector with which it is not so familiar. In the event that it is not possible to comply with any of the above, you must rethink your objective. When you think about innovation, you should think beyond the power of a brand, since although it dominates in a certain sector, it does not mean that it can be successful in another, since its consumers perceive it in a different way. This is because if it is signed by ´x´ brand, innovation in the market is not assured.

The important thing is to generate this need in the middle of market segments , so that it can be satisfied in a different way, but with a high level of saturation.

Obviously, it is not an easy challenge, but there have been great success stories that inspire to bet on asymmetric marketing strategies, which is a key point to be able to innovate in today’s market. Constant risks with potential is what is needed today to transform into true business areas.

5 Crypto Investment Mistakes You Should Avoid in 2021