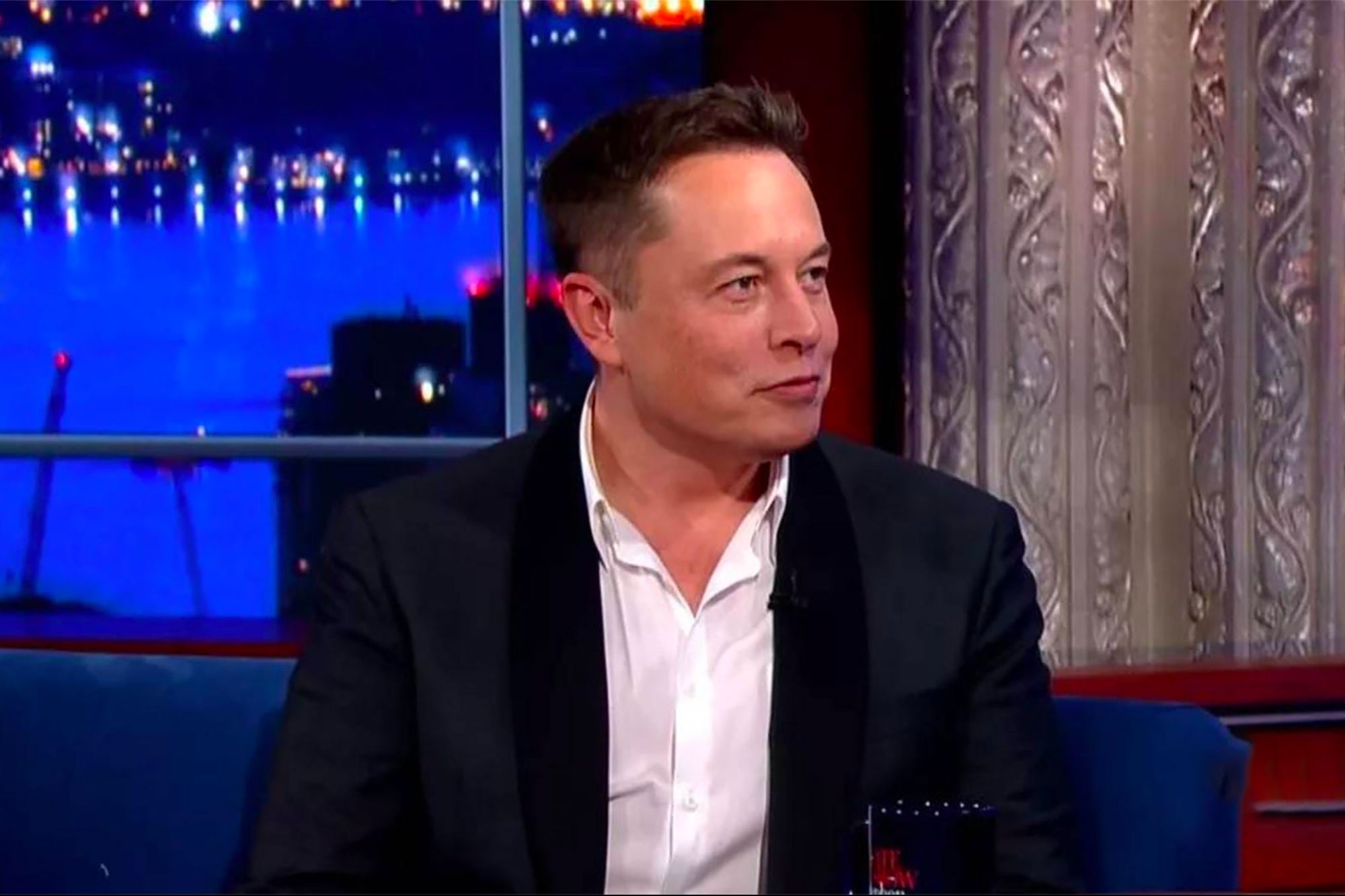 By Jerold Zimmerman and Daniel Forrester, Authors of Relentless: The Forensics of Mobsters’ Business Practices

Tesla’s valuation is at an all-time high and its talented founder, Elon Musk, recently revealed that he had tested positive for Covid-19. Fortunately, it was a mild case. But that has not been the situation for dozens of other leaders of publicly traded companies. Directors in these firms are now reflexively asking: What will we do if our top leader gets really sick and can no longer lead? What is our succession plan? And why don’t we have one?

In August 2018, the Securities and Exchange Commission regulators opened an investigation into Elon Musk after a tweet claiming he had secured funding to take Tesla private at 20 percent above the then-current stock price. Tesla’s stock soared on this news. The tweet turned out to be untrue. The SEC’s complaint alleged that Musk violated antifraud provisions of the federal securities laws, which if proven true could prohibit Musk from serving as an officer or director of a public company.  Musk paid $20 million to settle the case and agreed to have his public statements overseen by Tesla lawyers. The settlement was a win for Musk because it allowed him to remain Tesla’s CEO.

Federal investigators faced a conundrum. Forcing Musk to resign as CEO sends a strong message to other company officers not to make knowingly fraudulent public disclosures. But removing highly successful CEOs in firms with no discernable succession plans can damage shareholders, and in the case of Tesla could bankrupt the company. Shareholders, employees, and customers are hurt when there is no orderly transition between top company leadership.

Even without a pandemic, investors naturally worry about startup firms with irreplaceable founders if there is no strong team should something happen to the visionary leader. The stock market worried about Apple after Steve Jobs, its visionary leader, died of cancer at age 56. Recently, Musk bragged that “even if I were to die, the company (Tesla) would still do really well for a long time.” Despite Musk’s claim that Tesla could survive his death, Tesla’s financial reports and board consistently acknowledge this key risk factor: “We are highly dependent on the services of Elon Musk, our Chief Executive Officer and largest stockholder.”

Elon Musk has garnered worldwide attention for disrupting the auto-industry—and we marvel at his talent. Clearly, regulators are watching him closely. But so are shareholders and customers. Musk deserves praise for his inventiveness, challenging of orthodoxy, and courage. But no leader is immune from confronting their eventual exit—especially when so much innovation and value is on the line.

How the mafia does it

Elon Musk and his Board of Directors should study the American Mafia to learn about the value of intentional succession planning. By 1987, the young, ambitious U.S. Attorney for the Southern District of New York, Rudy Giuliani, and his team secured over a hundred Mafioso convictions in a series of trials. Eventually, the boss of every single New York City Mafia family would be indicted, in prison, or dead before the trials ended. One would think such a massive takedown of the entire senior management of the Mafia families would not just cripple, but finish them. Nonetheless, they continued to exist and even thrive. According to a 1986 estimate, the Mafia earned approximately $50 billion annually at an annual cost to the American economy of $18 billion in economic output. A 1990’s study by the New York Police Department estimated that New Yorkers wagered more than $1 billion annually on the Super Bowl with the NYC families. One enterprising NYC Mafioso operated forty sports-betting outlets that grossed over $300 million a year and profits of $45 million. The Mafia ensures its survival in part by relentlessly pursuing a thoughtful succession planning process. There is massive self interest in preserving their brands, businesses and consistent money making schemes.  Their succession planning supplies valuable insights for lawful managers like Musk to consider and then apply.

The Mafia families survived the legal  Giuliani juggernaut with succession plans consisting of deep benches of “made” men, vetted individuals formally, and slowly admitted to the family. They left nothing to serendipity. Each of the five NYC Mafia families was run by a boss and underboss. Under the bosses were captains who ran teams of “made” men. Each “made” man had a crew of associates, criminals not yet admitted to the family. These crews specialized in a particular vice – gambling, loan sharking, prostitution, union corruption, hijacking, and so forth. Crews usually kept 70 to 80 percent of their ill-gotten gains and passed the balance up to the captain and bosses who provided protection from police using bribes and supported the families of incarcerated made men.

The most successful and loyal “made” men got promoted to captain, and the captains usually appointed one of their own to boss when the current boss died or was jailed. It was a true meritocracy where only successful and loyal “made” men moved up. Associates waited years to become “made” men, and only after his captain sponsors the candidate to the boss. That captain then assumes responsibility for the new “made” man for the rest of that captain’s life in the mob.

The system of meritocracy

The Mafia’s system of meritocracy created robust succession plans. Each of the five families at their height during the 1970s could have as many as 500 “made” men and associates. So, there was no shortage of potential leaders to fill an empty chair of a convicted captain or boss. Contributing to the Mafia’s meritocracy succession planning was a highly decentralized decision making model. Each “made” man and his crew decided what heists to commit or whether to loan money to a particular desperate borrower. Often the captain was not consulted. The boss rarely planned crimes. Rather he kept peace in the family and made high level decisions about promoting “made” men to captains. “Made” men who botched their vice were eliminated one way or another, and only those who survived and thrived remained to assume leadership positions.

Contrast the Mafia with Elon Musk and Tesla. In 2018, CNBC interviewed 35 current and former Tesla employees who describe CEO Elon Musk as a sometimes-polarizing figure who inspires but micromanages to an extreme. By retaining so many key decisions, Musk denies his people the opportunity to shine or fail. Sorting the high performers from the low performers becomes more difficult. Finding the next ranks of emerging Tesla leaders becomes less predictable.  This hampers Musk’s ability to identify potential successors and succession planning. Also shackling Musk’s succession planning is reported levels of high turnover within the top executive ranks at Tesla.

A 2019 Los Angeles Times story reports a 44% turnover of Musk’s direct reports over a nine-month period. This compared to an average of 9 percent direct report-turnover over 11 months at Snap, Uber, Lyft, Airbnb, Netflix, and Amazon. Mafia families faced little turnover before Rudy Giuliani. Mafioso wanted to stay in the family to embrace their unique cultures while securing its protection, income, and respect. They only departed when death or jail intervened. Other Mafia families did not recruit them.  But Musk sees himself as the lone leader running Tesla for years into the future.  “I will continue to run the company in a way that I think will enable us to make great products that people love, and provide those products all around the world and just kind of complete the roadmap that we’ve laid out, for many years” Musk said.

We want Elon Musk and Tesla to succeed but it’s not self-evident that it will happen without succession plans and an intentional design. Tesla is an innovative company that is forcing a significant change in the automotive sector. We hope one day to watch as Musk helps put a human being on the surface of Mars.  But Tesla’s survival and sustained growth will only happen if Elon draws some insights on the habits and expertise of mobsters who have much to teach all of us.