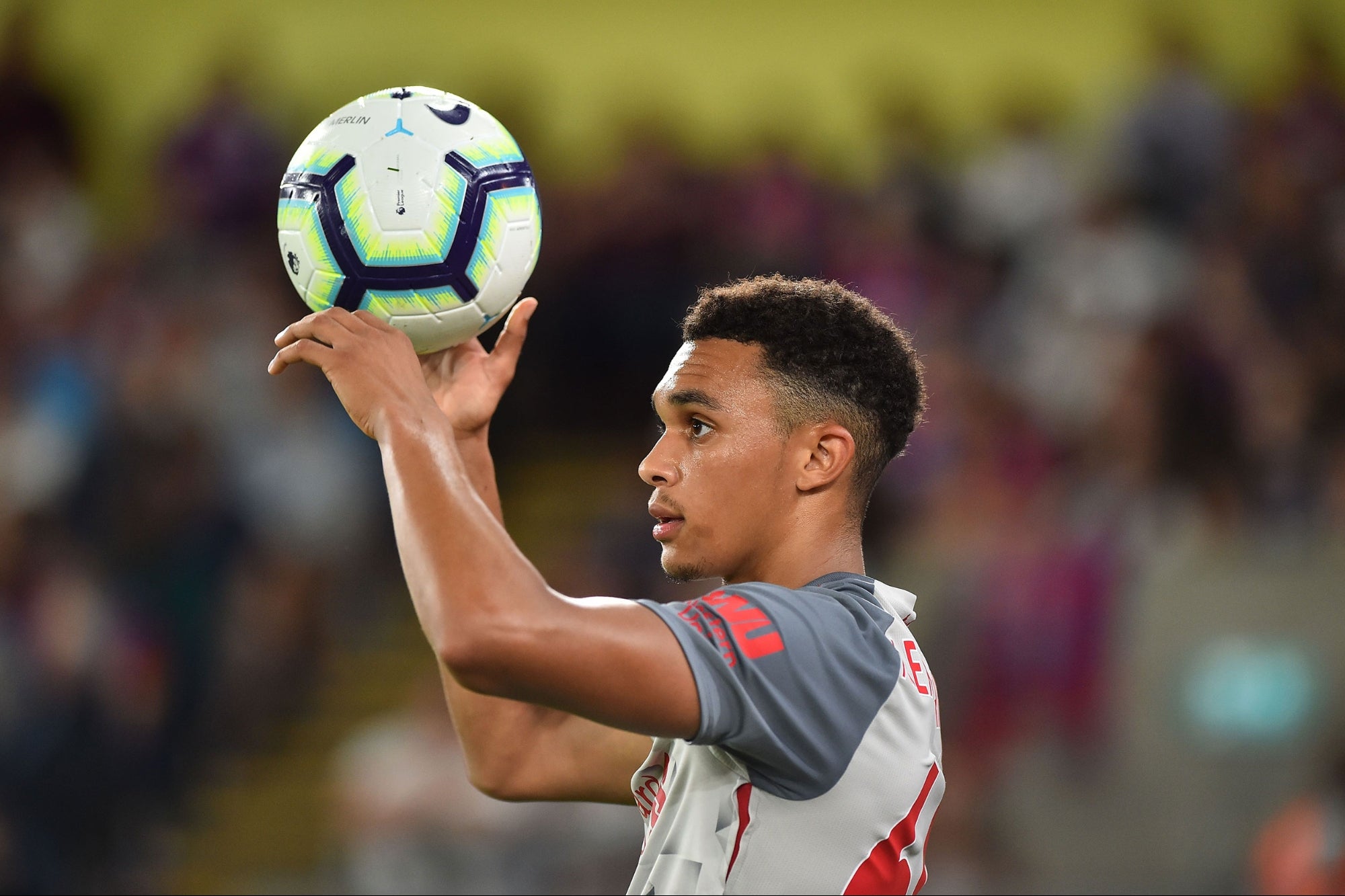 When Thomas Gronnemark was hired by Liverpool in 2018 as a throw-in coach, analysts of the sport scratched their heads at best and outwardly ridiculed the decision at worst; critiquing management decisions in a sport in and of itself, after all. In the 100 plus year history of football, the throw-in had been considered a necessary but time-wasting nuisance and often the mundane step to the next step. Former player and BBC Television football frontman, Gary Lineker summed up the consensus among players, coaches and fans when he said, “You just knock it in.” But Gronnemark saw the throw-in as something else entirely – an untapped tool that if given the attention it deserved, could not only re-shape the game but make the difference between a good team and a great one.

My passion for football is both personal and professional. As former President of Dugout, I launched a content platform that currently delivers approximately 500 million eyeballs monthly to the world’s biggest teams; prior to that, I served as Chief Media Officer with Liverpool Football Club, forecasting broadcast media rights among other responsibilities. Like most of my family members and friends (perhaps it’s in our blood?), I am a dedicated and life-long fan so Groonemark’s hiring interested me. A coach just for throw-ins? Could an aspect of the game with seemingly small margins make a considerable difference?

Groonemark himself called his role the “weirdest job in football,” after all. His strategy is three-fold and loaded with nuance and intricacy. The long throw-in looks at the distance a player can achieve. The fast throw-in counts on a player’s speed and decision-making skills. The clever throw-in demonstrates a team’s ability to understand the pitch and with specific, practiced and coordinated movements, create pressure-alleviating space. All three create goal-scoring opportunities and as most athletes and coaches know, practice won’t necessarily make perfect but it helps. It wasn’t long before Groonemark’s coaching method delivered results: Liverpool scored 14 of their 85 Premier League goals from throw-ins in their 2019 winning season. I was convinced, to say the least. As Co-Founder of Stellwagen Ventures, a global venture firm, I often think of Groonemark’s measurable impact and how his unexpected and laser-focused decisions led to game-changing success.

Related: 4 Sports Strategies You Can Use to Succeed in Business

Outside investment has long played an important role in professional sport, but the territory is no longer just for the individual millionaire or billionaire: equity firms, institutional investors and special purchase acquisition companies (SPACs) are inching toward the pitch (or the field, or the track, or the court). Investment is no longer a vanity project, but for Private Equity Partners willing to take an innovative and disciplined approach, the gains can bring far more than bragging rights.

While deals have been, to date, relatively few, the trend is hot and now. According to the financial data company PitchBook, in 2019 nearly $911 million was invested across ten deals in European sport; in the United States, $1.2 billion was invested. “Brand name” firms like Silver Lake, Bain Capital and Blackstone are joining the likes of CVC Capital Partners and Advent International, whose November 2020 $2 billion investment earned them a ten percent stake in Italy’s Serie A’s new media unit. As American sports consider loosening regulations on outside investment in the NBA, NHL, MLS and MLB (the NFL still bans it), the trend toward outside private investment that Europe has enjoyed appears to be on a fast track, and, as with many aspects of life, the pandemic has allowed smart leaders to recognize the value of sport in wholly different ways.

Empty stadiums haven’t dampened the rabid dedication of sports fans across the world. In the absence of live-action, many tuned into classic games and matches, reliving the excitement if already aware of the outcome. When live sport returned, fans easily adapted to the cardboard cutouts in seats and piped in cheering. For organizations facing devastating losses – at a cost of between 4 and 7 billion Euros for English football and an estimated $8 billion for American sport, this relentless and un-phased fandom was a shining spot in a dreary year. Despite, or because of the pandemic, investors are taking note – and they should.

Beyond ticket sales, merchandise revenue and sponsorship deals, Broadcast Media Rights (BMRs) have long been the true moneymaker in professional sports entertainment — with a forecasted $85 billion worldwide by the end of 2024. With a growing global audience, those BMRs have become decidedly more valuable: a predictable, easily identified market will tune in without fail. An influx of technologies provides more ways for fans to engage with their beloved teams. Forward-thinking organizations are approaching these new opportunities with intensified focus; direct-to-fan communications, deregulated gambling, digital ticketing and contactless payment are a few of the areas presenting revenue opportunities ripe for exploration and exploitation. But like traditional infrastructure enhancements — increased stadium capacity, OTT, academies and entertainment spaces for example — growth requires capital.

Related: 5 Ways in Which Technology is Changing the Way People Watch Sports

For organizations looking to weather the pandemic (and who isn’t), the benefit of an infusion of investor cash is more important now than ever. Cash entices super star players and helps to nurture newfound talent, and even sometimes, improves the quality of stadium food offerings; it’s no wonder sports fans cheer for management with an open checkbook. While deep-pocketed investors have been long desired, European football leagues predictably prefer those who resist armchair coaching and consistently deliver on promised funds. Meddlesome partners and undelivered assets can lead to outrage amongst fans and even worse, poor performance and relegation to the lower leagues. But for teams able to strike the right balance between minority stakeholders or BMR investors and management, the upsides allow for not only a reassuring financial cushion but operational excellence, proper business planning and data-driven decision-making.

Investment in sport requires a different level of expertise and patience that is not typically required by the already-tapped tech or industry markets. Professional sport is a complicated industry with various stakeholders and the fact that large sums of cash may be unavailable for unpredictable lengths of time can bring chills to even the seasoned broker. Though it might not be standard practice, it’s clear that the payoffs are great. Consider CVC Partners’ investment in Formula One: a $952 million infusion in 2006 grew to a $6.7 billion return in 2016. It’s no surprise that the fast-paced Arctos Sport Partners firm alone is expected to raise $1.5 billion to make investments of between $20 million and $400 million in American and European teams.

While nothing is a sure shot, investment in sport is as good as it gets, with mutual upsides and rewards. Once willing to weather rain, sleet and snow at an open stadium and now coping with and adapting to the strangeness of Covid-era viewing, the unflinching devotion of sports fans around the world is perhaps the most predictable game in town. I watch week in and week out, and until he can get back to play with his team, my son will kick it around with me in the garden. We’ll work on his throw-ins, and I would suggest, so should we all.

With a willingness to rethink the “match” and by utilizing an equal mix of long-term ambition, speed and expert decision making – the Long, the Fast, and the Clever, investors and organizations can attain the highest level of success together.

PHOTOS: Elon Musk shows us the redesign of the Tesla Model S