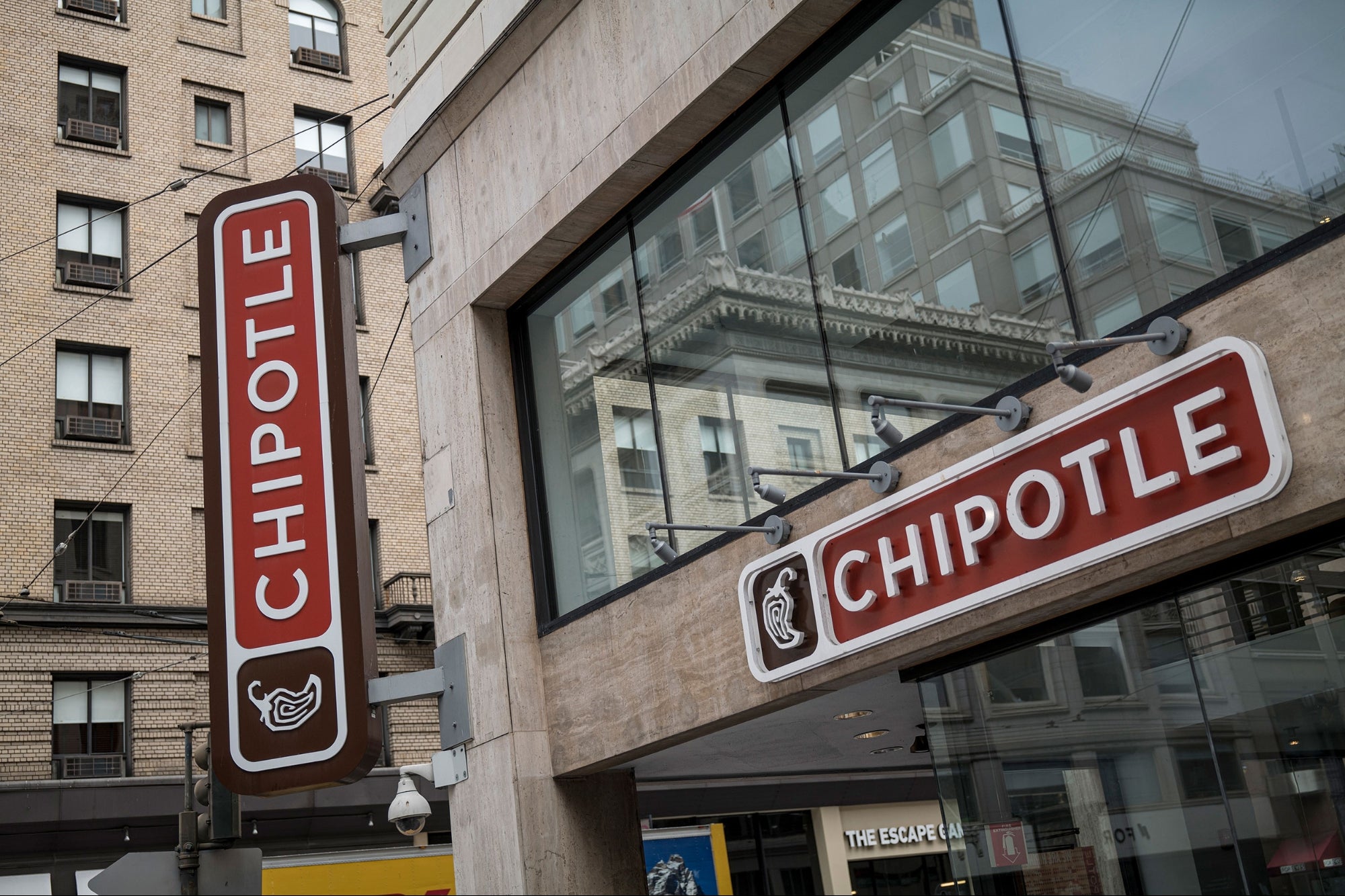 The once-beleaguered chain’s stock price is at an all-time high.

This story originally appeared on MarketBeat
Since spinning off from McDonald’s 15 years ago, Chipotle Mexican Grill (NYSE:CMG) has had its share of ups and downs. Issues related to foodborne illness outbreaks damaged the company’s reputation and sales a few years back. For a period, it looked like Chipotle would never be the same in the eyes of diners or investors.

But since then, steps taken to promote food safety and restore customer confidence have sparked a remarkable turnaround in the quick-service restaurant (QSR) chain. This has been reflected in Chipotle’s record-high stock price heading into Tuesday’s fourth quarter and full-year report.

Already up around 10% this year, will Chipotle’s stock remain caliente in the wake of what was a very challenging year for the restaurant industry?

How Was Chipotle’s Fourth Quarter Performance?

Chipotle’s overall revenue was up almost 12% in the fourth quarter to $1.6 billion while comparable restaurant sales advanced about 6%. The opening of 61 new restaurants contributed to the growth. While this performance was far from some of the blowout quarters we’ve seen from Chipotle in the past, given the operating environment, it was a solid quarter.

Not surprisingly Chipotle’s digital sales played a heroic role. They were up 177% and accounted for almost half of total revenue. The rising popularity of the convenient Chipotlane drive-throughs was once again a big driver of digital growth. The digital contribution will likely subside over time, but it nevertheless confirms the power of Chipotle’s digital ordering alternatives and the loyalty of its customer following. Also encouraging was the fact that Chipotle’s restaurant-level operating margin expanded to 19.5% during the quarter.

Given the ongoing uncertainty around the pandemic, economy management refrained from providing 2021 guidance. It did, however, note plans to open approximately 200 new restaurants this year, an ambitious agenda that reflects confidence in an evolving business model. If management is able to meet this expansion target it would bring Chipotle’s footprint to nearly 3,000 locations.

What is Chipotle’s Recipe for Success?

Chipotle manages to walk the fine line of being in the QSR category while still using responsibly sourced, quality ingredients to cook (rather than a microwave) its popular Mexican fare. This allows it to quickly serve tasty bowls and burritos to its convenience hungry customers.

What’s also part of the secret sauce is Chipotle’s limited menu choices. Having relatively fewer selection enables it to be efficient, consistent, and do what it does best. And while most QSR’s use a franchise or hybrid model, Chipotle owns and operates all of its restaurants.

Of course, the rising popularity of Southwestern foods particularly among the younger generations has as much to do with Chipotle’s success as anything. And lately, customers have embraced the company’s mobile ordering and delivery options like never before. Strength in Chipotle’s digital platforms have played a major role in offsetting the impact of dining room closures and restrictions—and will likely remain a big growth driver going forward even as restaurants return to full capacity.

And despite the weak employment backdrop and tough economic environment, most customers haven’t batted an eye at paying up to get their Carne Asada and other favorite Chipotle entrees. In this sense, Chipotle’s strong brand and ability to charge premium prices is a key ingredient to its success and should remain a competitive advantage.

Is it Too Late to Buy Chipotle Stock?

Chipotle’s market cap crossed the $40 billion mark for the first time last month placing the company in the top third of S&P 500 constituents. It is now bigger than legacy food companies like Kraft Heinz and Sysco.

And while its P/E ratio remains in atmospheric territory, investors don’t seem too concerned. This is because the market has a high degree of confidence in management’s ability to deliver on its long-term revenue growth goal of close to 10%.

Given Chipotle’s growth metrics and more reasonable 3.2 PEG ratio, the stock could be headed significantly higher. Among the 20-plus sell-side analysts that cover Chipotle, not a single one calls the stock a ‘sell’. In fact, ahead of Tuesday’s earnings Piper Sandler reiterated its ‘buy’ rating and gave the stock a Street-high $2,000 price target.

With a healthy balance sheet that is free of debt, management should be able to freely pursue store expansion opportunities and invest in value-added technology initiatives. Meanwhile, a new share buyback program stands to further support the share price in the near term.

So, Chipotle stock will likely continue to sizzle as the year progresses. Any weakness in the price should be viewed as an opportunity to fire up the grill and enjoy the returns ahead.

GameStop: Fun While It Lasted