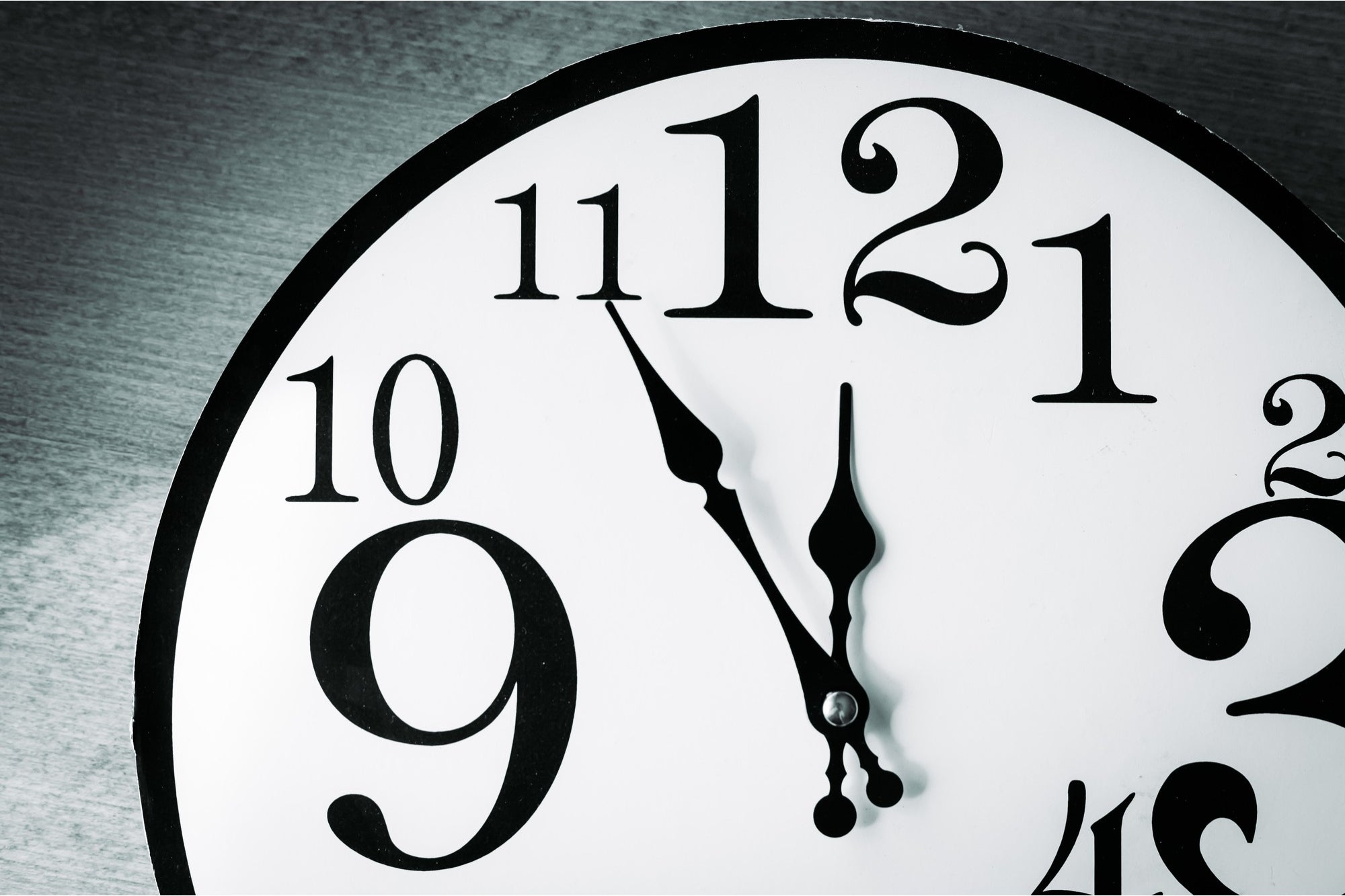 The Bulletin of Atomic Scientists states that the coronavirus pandemic “does not threaten existence”, thanks to some positive scientific developments that helped stop the hands.

The Doomsday Clock located in the United States was 100 seconds before midnight symbolizing the “apocalyptic” moment, thus marking 23:58:20 , the same time as 2020 , according to the Bulletin of Atomic Scientists.

Failure to advance the clock in 2021 , despite the pandemic consequences, is due to the fact that, although “this disease is lethal, it does not threaten human existence,” this group of scientists announced on January 27. They indicated, “Its consequences are serious and long-lasting, but Covid-19 will not destroy civilization and we hope that the disease will eventually recede,” they mentioned.

Likewise, from the bulletin they pointed out that this “pandemic serves as a historical wake-up call, a vivid illustration that national governments and international organizations are not prepared to handle nuclear weapons and climate change, which currently represent existential threats to humanity, or other dangers, including more virulent pandemics and next-generation warfare, that may threaten civilization in the near future.

Among some events and developments that have impacted the hands of said clock are “some positive developments”, such as the election of Joe Biden, given that the President of the United States “recognizes climate change as a profound threat and supports international cooperation” the board of scientists noted. Likewise, the United States reported the reincorporation of the Paris Agreement against climate change and was left with Russia to extend for five years the Treaty for the Reduction of Strategic Arms, also known as New START or START III.

It is worth mentioning that these events have not produced essential progress towards a safer world, so “they are not enough to move the Clock away from midnight.”

What is the Doomsday Clock?

Created in 1947 , it symbolizes the “total and catastrophic destruction” of humanity, where midnight represents it. It was made by a group of physicists at the University of Chicago, also known as the “Apocalyptic Clock.” When it first emerged, its hands were pointing to 7 minutes before midnight. It has become an indicator of the world’s vulnerability, thus reflecting a degree of threat from nuclear proliferation and global warming.

It should be noted that the quietest year was 1991 , when the hands were 17 minutes until the time of the nuclear cataclysm.

Who decides how to move the hands?

This decision is made by the board of the Bulletin of Atomic Scientists together with invited specialists, who include many Nobel laureates.

In case you’re interested: Hyundai DAL-e, the robot that reminds us of “Robotina” is already a reality

PHOTOS: Elon Musk shows us the redesign of the Tesla Model S

The GameStop effect: businessman Ryan Cohen became a billionaire on Wall Street thanks to Reddit