During the morning conference on January 12, the Secretary of National Defense, Luis Cresencio Sandova l, gave details about the schedule and vaccination plan against COVID-19 . This plan contemplates the gradual arrival of vaccines.

For its part, as reported, this Tuesday 439,725 doses of the vaccine developed by Pfizer and BioNTech arrived in Mexico City. From this point, they were distributed to the other entities of the country. 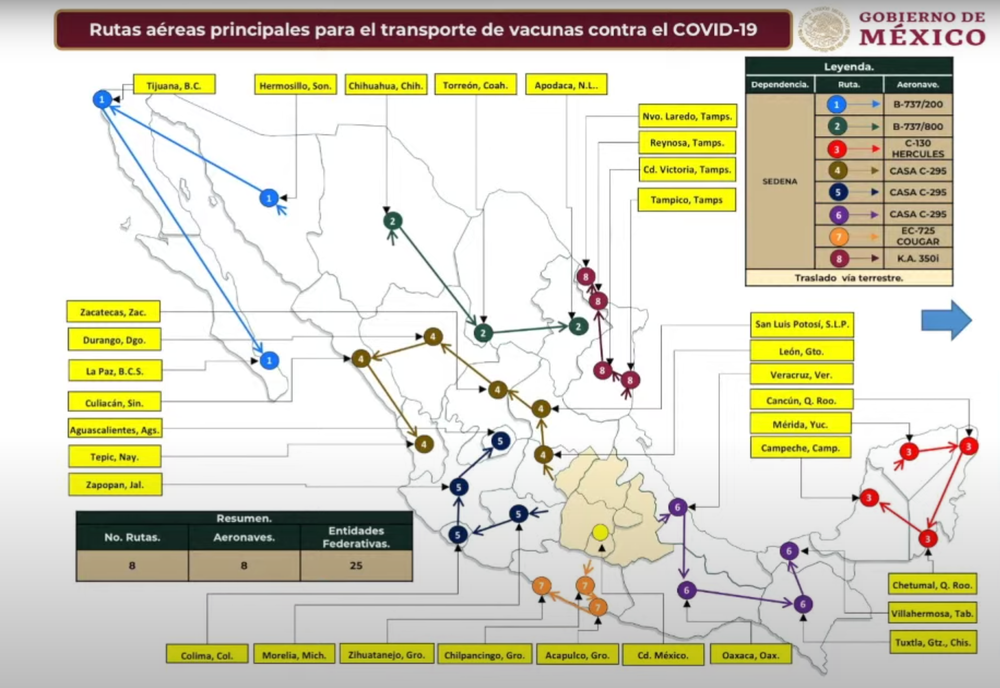 According to the plan, in the case of Tlaxcala, the State of Mexico, Puebla and Hidalgo, the vaccines would be distributed by land . In addition, various examples were presented. Among them was the case of Aguascalientes. Regarding this state, it was contemplated that the vaccines would arrive at 8:20 p.m. and from there they would be distributed to the 11 hospitals in the state.

During the press conference on Wednesday, the secretary explained that the vaccines were scheduled to be delivered to 879 hospitals . At first, 94% of deliveries were consolidated (828 hospitals). However, due to adverse weather conditions, 51 hospitals remained pending, that is, 6%. This last percentage, according to the Secretary, corresponded to the states of Oaxaca and Chiapas.

According to Luis Cresencio Sandoval, during the operation the participation of 8,600 elements of the Army, the Air Force and the National Guard was used . 716 vehicles were also used and, according to the secretary, in addition to the aforementioned inconveniences there were no major incidents. 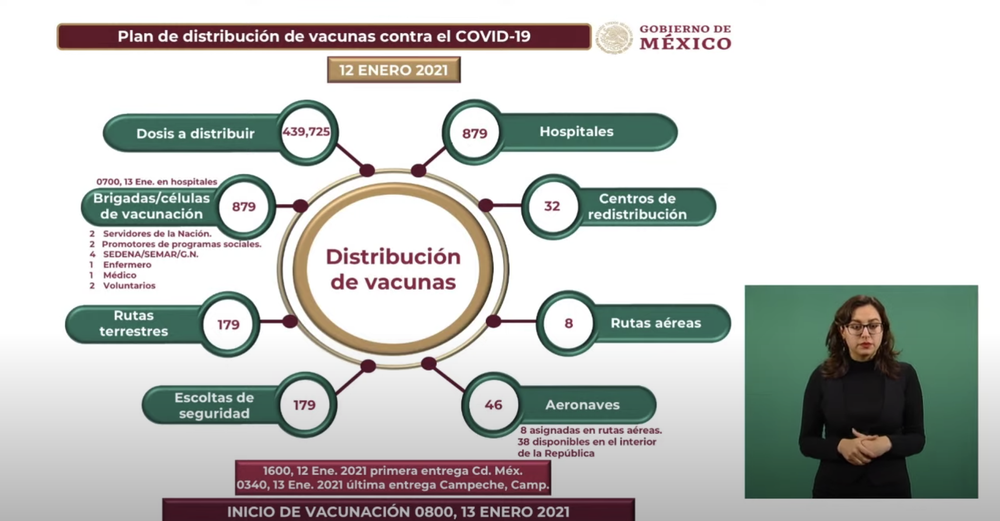 For his part, President Andrés Manuel López Obrador reported that the mass vaccination process began today . “The purpose is to vaccinate more than 400,000 workers in the health sector in three days,” he said.

Subsequently, it is expected that older adults will be vaccinated between the end of January and the beginning of February, in order to reduce deaths. To do this, according to AMLO, another 400,000 doses of Pfizer’s vaccine are expected to arrive next week.