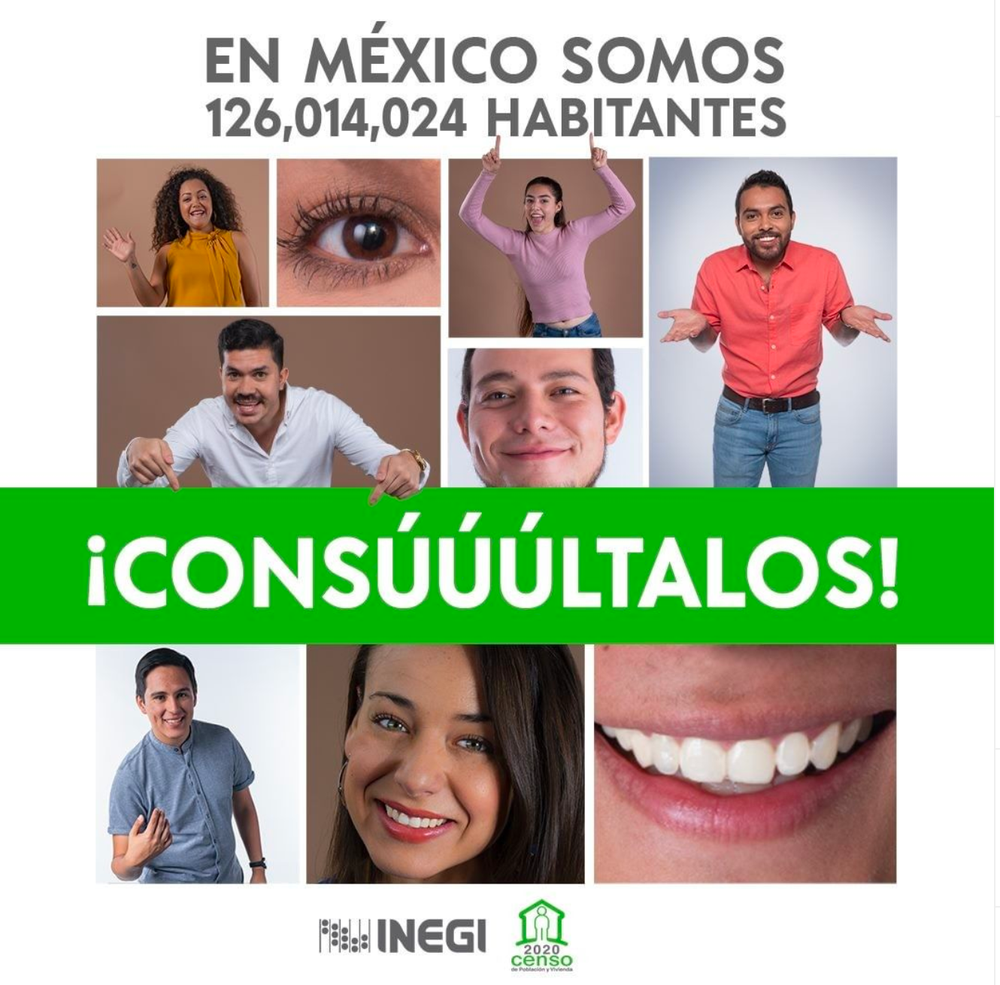 The population born in another country and living in Mexican territory amounts to 1,212,252 people, of which 797,266 (65.8%) were born in the United States of America. On the other hand, in the last five years 550,085 people came to reside in Mexico from other countries, mainly from the United States, Venezuela and Colombia.

For its part, the average schooling of the population aged 15 years and over continues to increase, according to the results of the Census, in 2020 it is 9.7 years, one year more than that reported in 2010, this is equivalent to little more than high school finished.

According to the results of the 2020 Census, 62 out of every 100 people aged 12 and over are economically active. The economic participation rate is 75.8 for men and 49.0 for women.

The 2020 Census shows that in Mexico there are 37,891,261 people aged 12 and over who are not economically active, of these, 43.9% are engaged in household chores, 34.7% are students, 9.0% are retired or pensioners and 3.6% present a physical or mental limitation that prevents them from working.

The Population and Housing Census 2020 allows to know some cultural characteristics of the population, the census questionnaire included a question about religion and through the use of this it is known that in Mexico 77.7% of the population declares themselves Catholic, 11.2% declares themselves Protestant or evangelical Christian, 0.2% declare another religion, 2.5% declare themselves a believer without having a religious affiliation and 8.1% declare themselves without religion.

Regarding the amount of inhabited private homes, in the last decade there was an increase of 6.6 million, going from 28.6 to 35.2 million, which represents an average annual growth rate of 2.2% in the period. An average of 3.6 people reside in each private home, an average that has been decreasing over the last two decades, presenting a value of 4.4 in 2000 and 3.9 in 2010.

The results of the 2020 Population and Housing Census can be consulted on the internet, on the Inegi website http://censo2020.mx/