The head of government recalled the financial support that had already been announced and explained that the reduction in income tax will be extended to restaurants in the town that maintain the employment of their workers.

Mexico City (CDMX) will remain at the red light that was announced three weeks ago. This means that non-essential activities will be closed. This was announced by Claudia Sheinbaum , head of the local government.

“The City is on a red light and remains with the same restrictions … future changes will depend on epidemiological indicators.” All of this is a consequence of a rebound in infections and deaths from COVID-19. Also, a hospital occupancy level of 86.31 percent in total.

The official stressed that thanks to the support of the Federal Government, the hospital capacity in CDMX is growing. 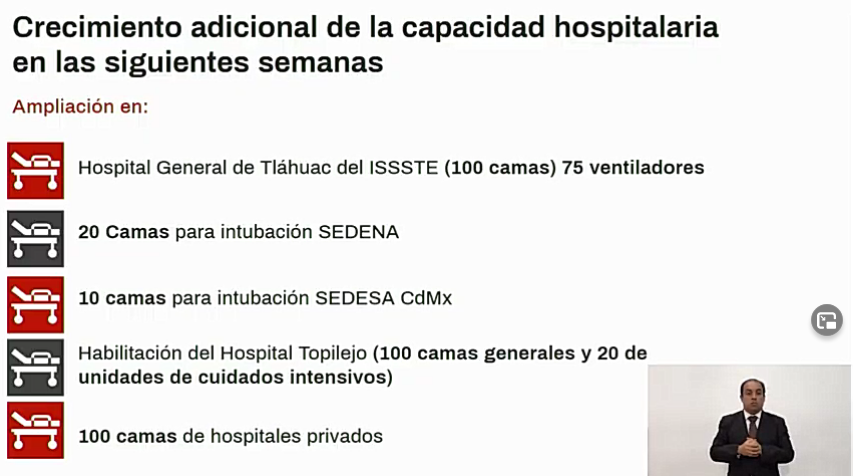 Sehinbaum recalled the financial support that had already been announced, of which there are 10,011 applications for microcredits. “We have the opening of 50 thousand so that they can continue filling their requests.”

Support for restaurant workers, of whom they already have 69,210 records and have a limit of 100,000, but they would see the possibility of expanding it if more were needed. And finally, the support of My Scholarship to Begin, from which 1,180,384 families have benefited.

On the other hand, there is the reduction of the payroll tax (ISR) in January for small businesses in the Historic Center, a situation that will be extended to the restaurants of the CDMX on the condition that jobs are maintained.

Likewise, there will be a 50 percent discount for businessmen who rent premises in the Historic Center. This thanks to an agreement reached by the Head of Government, the Ministry of Economic Development, and the Historic Center Authority with the main real estate entrepreneurs in the area.

Pfizer vaccine could be effective against new strains of coronavirus, according to this research

The Purchase of Organic Products Rises 53%