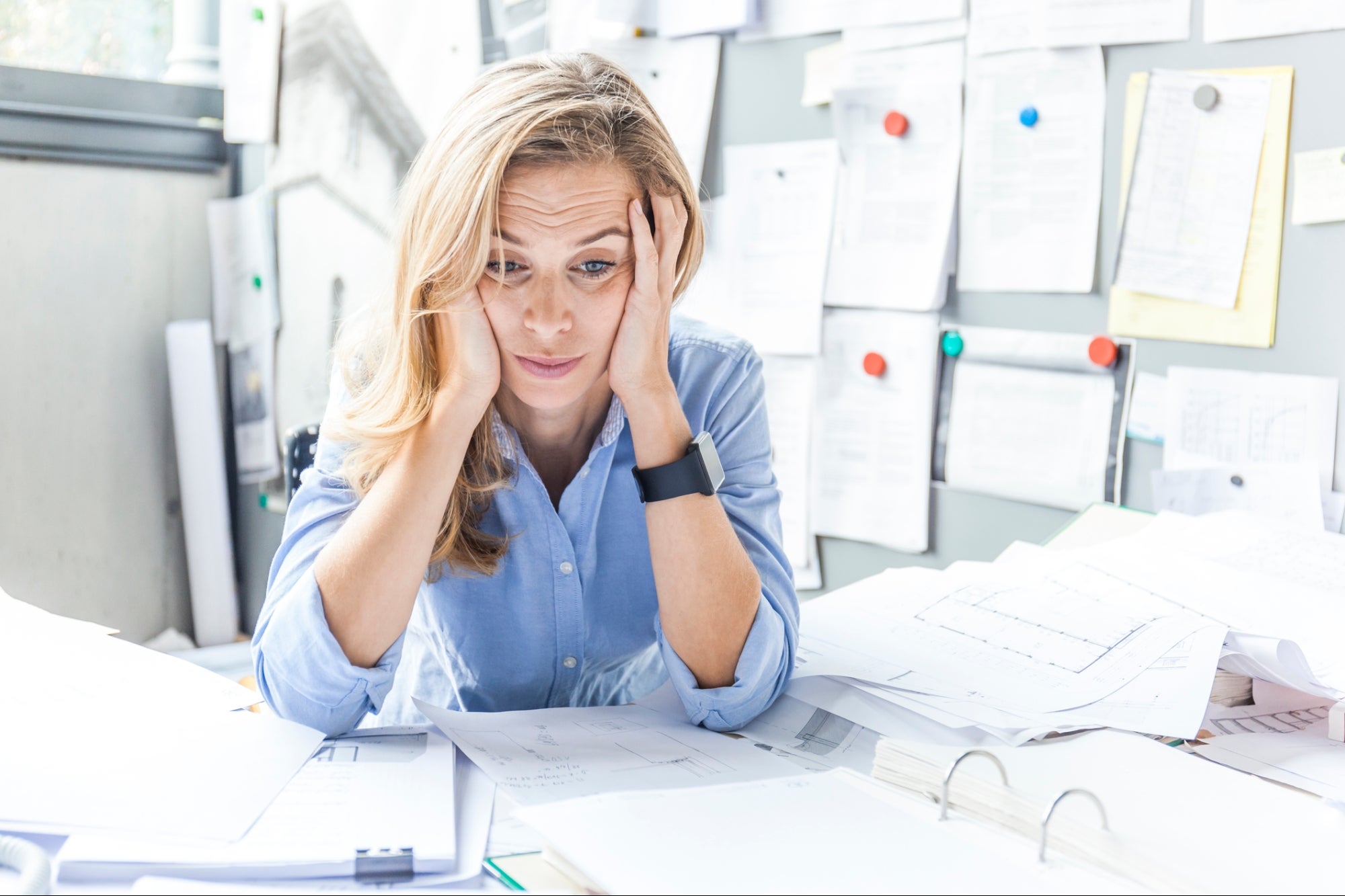 All too often, entrepreneurs approach success as something that happens all at once. It’s a grueling mountain to the summit; a big boss vanquished at the end of a video game; a buzzer-beater that wins the series. We can probably blame this on popular culture—after all, a cresting moment of triumph is way more fun to watch than all of the slow, inching steps that build to it.

As much as everyone loves an overnight success story, you almost never get to see the journey it takes to get there. My road to starting my company, JotForm, was one that began in college and unspooled slowly over the course of several years. As a bootstrapped founder, I never experienced the mega-high that comes with securing a massive round of VC funding — but I also haven’t had to face the enormous pressure and anxiety that such funding usually entails. There isn’t much in my story as a founder that would have Hollywood clamoring at my front door, and that’s perfectly fine with me.

Success is what happens over time as the result of patience, determination and focus. Small wins build to bigger ones. If you’re lucky, there will be times when you reach a goal or milestone worthy of popping a Champagne bottle. But those moments don’t tell the whole story. Here are a few common ways that entrepreneurs harm their odds of long-term success.

The practice of getting enough sleep and eating well certainly isn’t sexy enough to warrant a plot point in almost any film. But despite its lack of cinematic value, taking care of yourself is one of the cornerstones of achieving success.

While the stereotype of a startup founder is someone glued to their screen at 3 a.m., the truth is that sleep deprivation severely hampers your cognitive abilities, with one study finding that those who get only 4.5 hours of sleep per night are often more irritable and make poorer decisions than those who get enough rest.

Eating well and exercising are inherently good for you and your mind. But they also help you learn to structure your life around routines. Having the discipline to make a salad when what you really want is a corn dog will help build the foundation for establishing other positive habits, both in your work life and outside of it. Train yourself to appreciate the value of long-term gain over immediate gratification, and you’ll be on the way to success.

It’s always a good idea to stay on top of trends within your industry. But there’s a big difference between being aware of what’s out there and obsessively comparing yourself to everyone else.

Your definition of success is exactly that — yours. If you’re constantly looking around to see what others are doing, you’re not focusing on achieving your own goals. Fixating on the perceived successes of others also leaves you open to self-doubt and negative thinking, both of which can be fatal to success.

The same goes for seeking approval from others. Yes, outside input can be incredibly helpful for getting clarity on your vision, or seeing something from a different perspective. But asking for constructive criticism is not the same as needing constant validation from everyone else. Not everyone is going to understand your goals, and that’s okay. Have the confidence to forge your own path and stay on it.

Related: Why Steve Jobs and Other Leaders Maintained An Underdog Attitude After StartUp Success

Trying to do it all

When I first launched JotForm, I was responsible for every aspect of my company, from engineering to marketing. It was a humbling learning experience, and it helped inform what I was looking for when it came time to hire a team and delegate the tasks that frankly, I didn’t excel at.

Because, painful though it can be to admit, you can’t do everything yourself. Dividing your attention between too many activities means you’re unlikely to be doing any one of them well. Failing to delegate also means you’re expending precious energy on things you don’t even enjoy. And when you do hand a task over to someone else, let them do it their way. Micromanaging is not only a poor use of your time, it will also inevitably lead to resentment from your team. If you don’t trust your direct reports to do their jobs, ask yourself why that is. Is it that they’re underperforming? Or is it that you’re having a hard time letting go? Either one points to a larger issue that needs to be addressed.

Saying “yes” to too much is a similar trap. If you agree to something you don’t really have the time — or inclination — to do, who are you helping? You’re far better off just saying “no” than making a promise you can’t deliver on.

Related: Why Throwing Out the “Old Bananas” is Imperative to Your Success

Losing sight of your goals

Sometimes it can feel like running a company means just putting out one fire after the next. Still, it’s important not to get so caught up in the day-to-day that you forget your long-term objectives.

Why? First off, struggling to keep your head above water is a surefire way to burn out. Secondly, having a clear vision keeps you from dwelling too much on small setbacks. Obstacles are frustrating no matter what, but looking at the bigger picture makes it easier to put them in perspective.

This is one area in which the movies have it right: Failure will happen, but it isn’t cause to give up. Rather than being consumed by it, people with long-term thinking view their failures as lessons, and learn from them the next time around. Over time, you’ll take setbacks less personally, and understand them as part of the long road of success. Because success isn’t what you find at the end of the road, it is the road. Pace yourself.

Related: Warren Buffett, Richard Branson and Others Explain What It Takes to Find Big Success

Should You Buy the Post-Earnings Dip in Dave & Buster's Entertainment?

One man found 62 resumes in the trash, fixed them, and hired 14 people